CWJ | Crypto World Journal | Blockchain Nation – Building Better Blockchain Community
Home Business Banking What Is a Blockchain Fork? And What Does It Mean to You?

This fall the Bitcoin blockchain will see some changes as two “hardforks” arrive: Bitcoin Gold, which took place on October 24, 2017, and SegWit2x, which is expected to arrive on or about November 18th. I say “on or about” because blockchain forks occur at specific blocks, rather than at specific dates and times. We may get to the affected block sooner or later than the estimated dates depending on the volume of changes moving through the BTC blockchain.

What the heck is a hardfork, anyway? It sounds like a really nasty dining implement. In reality, it means a new route, or chain, forks away from the main blockchain. It’s generally defined as a radical or extensive change to the current protocol running the blockchain on which the fork occurs.

First, a complete snapshot is taken of the chain so that it can be recreated without losing any data. Next, the rules, or protocols governing the BTC blockchain are updated. With the new rules in place, everything is updated, recreated, and reconfigured so that the new rules are in place. 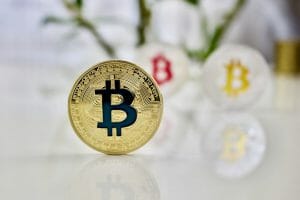 Why did this hardfork occur?  Some people thought that miners (as a group) had too much influence over the entire Bitcoin network. Bitcoin gold replaced the current mining algorithm in the Bitcoin blockchain with one that cheaper graphics processing units can mine. This should, theoretically, open up opportunities for more miners. More miners, less control to the original group.

What a Hardfork Means to the Average BTC Owner

Now that you know what a hardfork is and what this latest fork means in general, let’s talk about what it means to you, personally. Unlike the first hardfork that resulted in Bitcoin adopting SegWit and Bitcoin Cash being born, the original Bitcoin blockchain did not undergo any changes or updates during this recent hardfork.

In the first instance, Bitcoin was undergoing a Segwit upgrade and Bitcoin Cash forked in order to retain the old Bitcoin blockchain – one with no SegWit. In the recent instance, Bitcoin didn’t have any upgrade. A fork occurred, but Bitcoin remained the same and a “upgraded” Bitcoin Gold blockchain was born with new mining protocols.

During a hardfork, BTC transactions can potentially take a lot longer to be completed on the blockchain. That’s because there are fewer active nodes. As more nodes are updated, and more come back online, activity picks up back to its usual pace.

A few tips to weather these hardforks from the perspective of the average bitcoin owner: 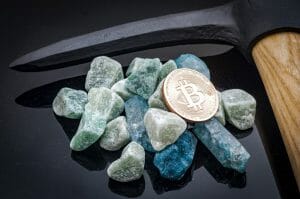 After the latest hardfork, things should settle down when Bitcoin Gold launches around November 1. SegWit2x may play out differently. The world of cryptocurrency and blockchain is always shifting, so stay tuned for updates!