Bitcoin and other cryptocurrencies are moving towards the mainstream

Cryptocurrencies were initially seen as a challenge and standing in opposition to traditional centralized banking. So far, they have made only small steps towards entering the everyday economy. Legislative restrictions passed in various countries have hindered progress towards their acceptance. For example, the United States SEC recently stated that some cryptocurrencies had features akin to digital assets or securities. Singaporean fiscal regulators, on the other hand, see cryptocurrencies as closer to a legal tender than an asset. 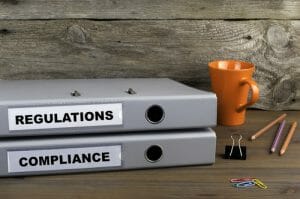 In any event, cryptocurrencies are slowly gaining more recognition among regulators, which means that they are no longer perceived as an existential challenge to central banks. The process of incorporating them into the overall financial system has already begun, but some hurdles remain.

Widespread money laundering through cryptocurrencies is a concern that is often raised. Katrina Arden, attorney and founder of the Blockchain Law Group, notes that “the issue of anti-money-laundering/know your customer is definitely slowing down the wider acceptance of cryptocurrencies. Even though the adoption of AML/KYC procedures will mean that the parties in transactions are no longer anonymous, this does not loom as large as the overall benefit of greater integration of cryptocurrency payments.”

The anti-money-laundering requirements in force in many countries, including the tough American requirements, can be implemented through blockchain solutions already offered by fintech companies. AML BitCoin is one possible solution. Marcus Andrade, CEO of NAC Foundation: “Until now, banks and governments have been wary of the use of cryptocurrencies, since they are not AML compliant: they don’t conform to American banking standards, the provisions of the Patriot Act, and other regulatory norms. We developed AML Bitcoin to address these concerns and put a fully legal, compliant alternative on the market. A number of American banks are already testing our product for use in interbank transfers. We are convinced that our solution will save millions in exchange fees.”

Central banks will of course want to keep close control over the introduction of blockchain. Many central banks are considering cryptocurrencies of their own; some have already explored their options in this area and are looking at various models. Settlements could be made by the central bank with a mobile app that uses the blockchain infrastructure.

Vladimir Gorbunov, CCO and Co-Founder of Crypterium, had this to say

“banks are now starting to set up blockchain networks among themselves. These networks let them exchange information on transactions more quickly, speed up their accounting, and decentralize information storage. It’s obvious why banks would want to use blockchain technology: it makes it possible to reach a consensus where none exists, provides a higher level of trust, and protects the entire system. This is why banks have started integrating blockchain and are expected to do so actively going forward.”

Blockchain will certainly bring greater convenience and lower costs for users, but the 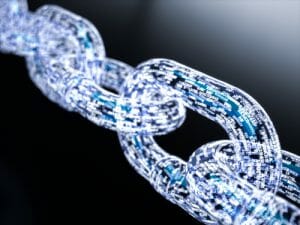 question of anonymity remains. Blockchain participants are themselves anonymous, but the contents of their wallets and the transactions they make are transparent and publicly available. The increasing number of transactions should eventually lead to a situation where transaction data could be connected to data on wallet holders. For better or for worse, the overall transparency to the government of the financial sector and the economy will increase considerably in the era of central bank blockchain currencies.

The move to blockchain will also facilitate a reduction in the amount of cash in circulation (which is used mainly in consumer retail transactions). Cash is a hindrance to effective monetary policy, and countries have long sought a way to gradually move away from banknotes and coins. Benefits of this would include reduced fraud and increased transparency.

Daniil Rausov, CEO and Founder of KYC.LEGAL, says: “I think that for many countries the likelihood of creating a single cryptocurrency at the state level is a question for the near future. I tend to agree with the assessment made by MIT Technology Review on this. National analogues of bitcoin will be needed in places where cash is becoming less popular or where the financial system needs to be modernized. The most striking examples of this in recent months have been Sweden, where the country’s central bank estimates that less than 15% of payments were made in cash, and India, where the government is pursuing a deliberate policy of reducing the circulation of cash in the country.” 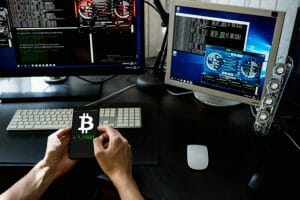 Some central banks have already begun to move operations to mobile payments and blockchain. Denmark’s Central Bank launched the app Danske Bank MobilePay in 2013. Sweden has a similar mobile app named Swish, through which more than 100 million transactions are already made every year. Estonia is considering issuing its own cryptocurrency, dubbed EstCoin; this would make Estonia the first country to hold a government-supported ICO. There have been reports that the Reserve Bank of India is planning launch a digital currency. It is not yet clear how serious these plans are, but a name has apparently already been chosen: the Lakshmi, named for the goddess of wealth and prosperity.

These ongoing experiments are being watched attentively; there is much we can learn about the future of finance by doing so.