For years, it has been said around the industry that the blockchain’s commercial viability has been damaged by its relative lack of speed. However, a South Korean startup is claiming to have solved the mentioned speed issue with a clever initiative.

Lee Sang-yoon, the Chief Executive Officer of Bloom Technology, is quoted by United Press International as saying that the company’s Locus Chain technology has created a unique ledger structure that facilitates quicker transactions, a development that has been greeted with open arms around the field.

A regular blockchain linearly connects blocks. These blocks are created by collecting lots of transactions. That is why the process to form the blocks can take a little time. Also, they will slow down at some point because the blocks can be connected in only one place.

To solve the issue at hand, Locus Chain will process transactions by account unit, which will result in transactions being processed in a significantly faster way. We are talking about less than a second.

It would be like establishing the difference when a person is processing a determinate task or request with one bank teller than doing it with several of them.

It Is “Strange” to Wait 10 Minutes to Pay with Crypto

Lee observed that “it would be strange if we need to wait 3 minutes to pay with a credit card. But it takes more than 10 minutes for cryptocurrencies and even longer than an hour for bitcoin.”

Lee is famous around the industry for its role in the development of the famous video game title Kingdom Under Fire.

Lee also stated that the decentralized network does not suffer the same “slowing down” issue explained above, not even if the number of total users was to augment. The issue is famous for affecting users of Bitcoin and Ethereum.

The company performed a test to show off the speed of the system. It was performed publicly, and the enterprise said at the time that a maximum of 635 nodes took part in the testing process for a total of three days. The average processing time of a transaction hovered between 0.13 and 0.23 seconds.

The system already has some high-profile fans around the industry. For example, Moon Young-bae, currently the Vice Chairman of the Korea Blockchain Association, had nothing but praise for the technical achievements of the project.

“Locus Chain is still under development to become a complete version. But I believe that the technology is already commercially viable. I think it is a real deal,” he said to the United Press International.

The company behind the idea, Bloom Technology, has its headquarters in the Pangyo population, located in the province of Gyeonggi, in South Korea. The firm is believed to be looking to secure a patent for its ledger deployment and its verification know-how. 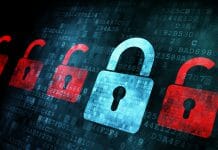