Establishing a regulatory framework that goes in concordance with each country’s situation and reality remains one of the most important challenges for lawmakers and the crypto community in general. The latest nation state to provide an update on the matter is Kazakhstan.

The country’s legislators decided not to tax cryptocurrency mining until the resulting crypto assets from the activity have been exchanged for fiat currency, per a report from local business site Kursiv.

Quoting a legislative specialist who works in a blockchain association in the Asian country, the activity of crypto mining will not receive the same treatment as entrepreneurial performance. Instead, it will be viewed as “purely technological progress.”

The person in question is Madi Saken, who works as a legislative analyst at the National Association for the Development of the Blockchain and the Industry of Data Centers of the Republic of Kazakhstan (NABDC.) Saken was the one who broke the news at the “Blockchain Day” event in Kazakhstan.

The report also states that local legislators have already finished a draft law regarding the proper taxation of crypto assets. Right now, the bill is being reviewed by the presidential staff. After that, the document will be sent over to the Mazhilis, which is the lower house of the local Parliament. That is expected to happen this month.

It has been said that the law document that is currently proposed will officialize the legal status of mining cryptocurrencies, a worldwide spread activity that is now widespread in almost all every continent.

The official rules for crypto mining taxation will also be established in the proposed law. Saken explains that crypto and other digital assets won’t be able to be taxed since tax liabilities can apply just for the income made in what is called “real money,” which would be fiat currency.

As a result, the tax can only be exercised when the cryptocurrency or digital asset has been exchanged for fiat currency. Regarding that last point, Saken observed that “tax liabilities only emerge when there is an income in the form of real money, particularly when a cryptocurrency is exchanged for real money, which means it is sold on an exchange. Then, this income in the form of classic money will be subject to taxation.”

It is important to note; however, that the crypto mining will be considered entrepreneurial activity when a specific enterprise or firm provides services to use crypto mining hardware, according to Saken. Subsequently, mining farms will be subject to taxation by analogy with regular data centers.

It has become quite clear that Kazakhstan has fostered a positive environment for blockchain and cryptocurrencies to flourish. The country has a pro-crypto stance, recognizing its potential as well as that of the blockchain technology.

The Astana International Financial Center (AIFC) governor, which is the country’s primary financial hub, stated last year that innovating in the crypto and blockchain fields was a priority for the nation, but that all actors needed to regulate the activity. 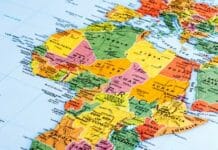 Uphold Said they Would Return to Venezuela if Sanctions Got Lifted 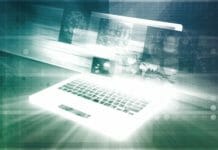