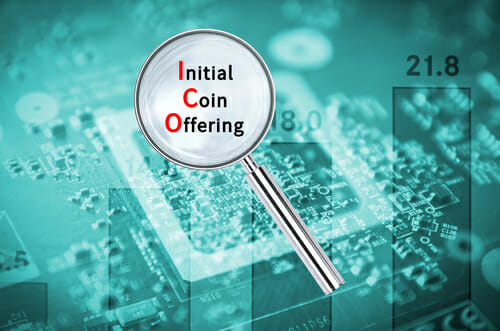 Initial Coin Offerings (ICOs) are excellent ways to raise funds for a particular project that, according to the investors’ view, will have viability, utility, and the chance of making a profit out of the acquisition of tokens at a lower value. However, fraudulent propositions are undermining people’s trust because there have been more than enough scams to put the whole industry in alert mode.

That is the reason why the U.S. Securities Exchange Commission (SEC) through the Enforcement Division, has worked hard to preserve the wellbeing of the ICO and crypto industry. In its latest annual enforcement report for the 2018 fiscal year released on Friday, the organism provided details about the actions it took against fraudulent ICOs.

A Higher Focus on ICOs

Actually, SEC’s focus on cyber misconducts has been increasing considerably since the Cyber Unit was introduced at the end of 2017 fiscal year. That includes Initial Coin Offerings, which are the processes in which more irregularities are found since some “developers” want to take advantage of the crypto fever to make fortunes without giving something in return to the community.

The SEC is alerting the community that ICOs should be considered “high-risk investments,” and states that in the past year “the Division has opened dozens of investigations involving ICOs and digital assets, many of which were ongoing at the close of FY 2018.”

According to the SEC’s document, multiple ICOs were considered illicit and three of them were huge scams that defrauded people of more than $68 million. Of that total, $32 are attributed to a financial services startup that stole funds from thousands of investors.

The organism, seeing all the irregularities and vulnerabilities in the ICO industry, made sure to apply severe punishments to the criminals’ pockets. SEC ordered almost $4 billion worth of penalties and disgorgement over 2018’s fiscal year. Of that total, $3.04 billion was ordered from the top 5% largest occurrences.

According to Yahoo Finance and Decrypt Media’s October joint paper, SEC had pointed out ICOs as major areas of attention, a development that represented a huge risk to dozens, even hundreds of projects looking to take advantage of the industry’s lack of advances in universal regulatory measures.

SEC’s text also offers a glimmer of hope, stating that thanks to the pressure applied by the organism, a sizable number of firms agreed to refund defrauded people and pay their respective fines instead of going to the court.

It should be noted that the fiscal year finalized on September 30. It is clear that the SEC wants to send a message to the industry and the crypto community that scams will not be tolerated at an ICO level. “Given the explosion of ICOs over the last year, we have tried to pursue cases that deliver broad messages and have a market impact beyond their own four corners,” the text read.