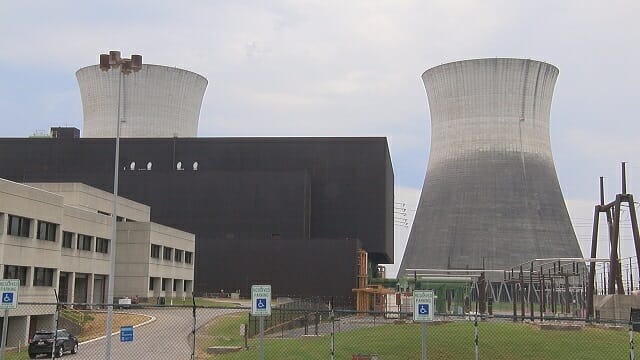 The Security Service of Ukraine managed to confiscate special equipment for cryptocurrency mining at the installations of a nuclear plant.

According to information issued by local media, on July 10th, in a nuclear plant located at the south of the country, a series of equipment that were used for crypto-mining activity were discovered and confiscated by the Ukrainian Security Service (SBU). Said equipment was used to mine cryptocurrencies using energy and resources from state-run facilities.

It was known that the specific location of this equipment was hidden in a single office that was in disuse, under number 104, in an area for administrative processes. The place was far from the reach of some sectors of power in the facilities of the government company, Energoatom.

Not even a piece of the equipment transferred to the plant has authorization to enter, because the power facilities are considered a state secret. For this reason, the security levels are high and represent many access restrictions; this means that a lot of the equipment associated with mining activity had to enter clandestinely.

After making the first finding, The National Guard of Ukraine managed to find another series of equipment that was also destined for digital mining inside the plant. The other devices found were classified as additional and now they are under investigation with the rest of them. Seven hard drives, routers, two large storage memories, and 16 GPU video cards were added to the confiscation.

It is important to highlight that most of the equipment found can be considered as old equipment for mining since there are more and new models with better mining capacity in the market. Among those devices are the GPU video cards, which may be of lower rank than the current ones.

The Ukrainian Security Service decided not to answer the press and it was limited to give only the statement, so it is unknown what kind of cryptocurrency was being mined or if someone was arrested for the operation. They only added that new investigations will be conducted to help clarify the whole case.

Among related data to the case, and according to additional reports, it was recalled that in 2017, activists of the Cyber ​​Alliance of Ukraine made a “flash mod”, using the hashtag #fuckresponsibledisclousure.

The objective was to show concern about the safety of large state enterprises national impact, such as the energy company Energoatom.

It is known that Ukraine is one of the countries that are working to launch their own official cryptocurrency; Ukraine´s cryptocurrency will be named: e-grivna.

Although Ukraine accepts cryptoactives, officials of the National Guard of Ukraine who guarded the plant can be accused for allowing mining activities not allowed by the authorities in that country and in an unauthorized power plant.