The new lawsuits attached to the case also accuse Ripple CEO Brad Garlinghouse of selling all his holdings. There are additional accusations that support the plaintiffs’ statements in an adverse jury verdict.

The two-year-old class-action lawsuit notes that Ripple, a blockchain payment infrastructure company, violated securities laws by selling and trading the cryptocurrency XRP. The case has been re-filed with additional lawsuits to support the allegation that Ripple and its CEO, Brad Garlinghouse, have done fraudulent business practices.

Former XRP investor Bradley Sostack is the lead plaintiff of the lawsuit, brought for the benefit of all investors who purchased XRP tokens issued and sold by Ripple. The lawsuit exposes the existence of a scheme to raise hundreds of millions of US dollars by selling unregistered security XRP to retail investors.

According to a court document filed on March 25th, a sixth lawsuit for compensation claims false advertising, which violates California’s business laws. It should be noted that this amendment is made “under the alternative theory that XRP is not a security”. A seventh additional lawsuit also accuses the company of unfair competition in violation of the same California laws, also under the theory that XRP is not a security.

The plaintiffs seem to be trying to use some “alternative theories” in the lawsuit, in case the jury judges that Ripple did not issue or sell unregistered security.

The other notable changes in the lawsuit point to Ripple and Garlinghouse, citing their statements about XRP. They said that this is an essential utility token for international payments, whose sale is primarily targeted at market providers.

However, as previously discussed, Ripple is the owner of over 60% of XRP tokens. Besides, the only objective of each of these tokens is to be sold in the future for investment, according to the plaintiffs.

Under California law, the plaintiffs have the option to re-file amended lawsuits within the 28 days of previous judgments. Judge Phyllis Hamilton of the Northern District of California declared last February that the lawsuit could go to trial and include other lawsuits filed under Federal Law. However, he dismissed some lawsuits and requested that they be re-filed.

The order followed a hearing in mid-January between the plaintiff, Bradley Sostack, and the defendant, Ripple, along with its subsidiary XRP II and the CEO, Garlinghouse. The main objective, in this case, is to clarify the legal status of the XRP token and why Garlinghouse sold his holdings as soon as he received them. 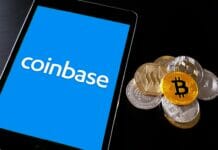