Markets experienced a pronounced correction during the last week. Despite a modest recovery being staged between Tuesday and Friday, the market appears to be less bullish when compared with cryptocurrency performance over previous weeks. At this stage, it also appears that Bitcoin has found some support at around $4000 – a level which was very briefly eclipsed on Sunday before rebounding to around $4250 by the end of the week. Much of the subdued sentiment appears to be coming from China, following its suspension of token sale activity that was announced during the previous week, as well as reports that it may shut down certain cryptocurrency exchanges in the country. 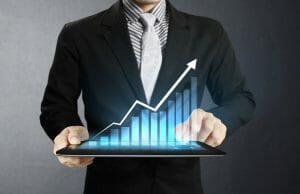 But while markets remain somewhat jittery in the short-term, the outlook among most analysts remains decidedly bullish in the long-term (which incidentally would imply that the current market dip presents a golden buying opportunity for investors). Leading digital market intelligence specialist Juniper Research, for instance, indicated strong optimism for cryptocurrency markets going forward. The Future of Blockchain: Key Vertical Opportunities & Deployment Strategies 2017-2022, a study from Juniper which was released on Monday, found that the first half of the year saw cryptocurrency transaction values exceed $325 billion, the bulk of which can be credited to growth in the value of Ether (the cryptocurrency of the Ethereum platform). Perhaps most astonishingly, Juniper sees the market surpassing the $1 trillion mark in terms of transaction volume by the end of 2017. The research also suggests that private blockchains will most likely produce the most successful use cases in the future, vis-à-vis public ledgers that support cryptocurrencies.

It has been a busy few weeks for Russia as far as cryptocurrency is concerned, and last week was no different. After Russian Deputy Finance Minister Alexei Moiseev suggested a few weeks ago that digital assets may eventually be listed on Moscow’s stock exchange, last week witnessed Deputy Prime Minister Yury Trutnev announced that Russia’s central bank has authorised the country’s first cryptocurrency trading platform for private investors. According to Trutnev, “We are considering the possibility of creating a platform for trading with cryptocurrencies. The central bank has supported us”.

Trutnev also highlighted the potential to grow Russia’s Bitcoin mining credentials by partnering with the country’s energy industry. With an abundance of power being generated in specific regions of the country, as well as in Siberia, miners could be strategically located to take advantage of this fact, especially given that there is no current method to redistribute excess energy to deficient regions. Indeed, two of Russia’s biggest energy firms EuroSibEnergo and Gazprom are reportedly seeking partnerships with local Bitcoin miners selling extra power. 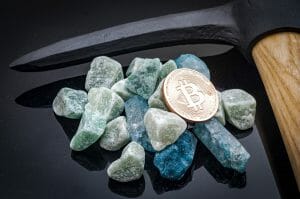 And just as Russia welcomes its first trading platform, Canada has just registered its first ever cryptocurrency fund – a significant boost for the warming of the investment community to digital currencies. On Wednesday, the British Columbia Securities Commission stated that it will be providing operational status to First Block Capital, an investment fund that will enable investors to legally invest in cryptocurrencies. According to Zach Masum, head of the regulator’s tech team, “Cryptocurrency investments are a new and novel form of investing in Canada. We have seen from the market and from investors that there is a strong appetite for access to these kinds of investments.” Should First Block prove to be a success with both investors and regulators, it could set a precedent for other investment vehicles to follow suit. And by complying with regulatory standards, the fund may well attract a substantial number of traditional investors into the space.

The BRICS are also now in discussion about potentially creating a new cryptocurrency. The acronym stands for Brazil, Russia, India, China and South Africa, and was coined by Goldman Sachs’ Jim O’Neill to identify the brightest economic hopefuls of the 21st century. And now according to the head of the Russian Direct Investment Fund Kirill Dmitriev, a major topic that was recently raised among the 5 nations was the

possibility of “creating a BRICS cryptocurrency as an alternative to other financial instruments, and that’s what’s being debated as part of the BRICS Business Council.”

Such a possibility could well materialise, especially given the heightened cooperation that is expected to transpire within the group over the coming years; indeed, Dmitriev predicts that investments in BRICS is set to increase up to fourfold within the next three years.

The central bank of one of those BRICS – Brazil – also released new research last week which suggests possible use cases for blockchain and distributed ledger technology (DLT). The Banco Central do Brasil’s report examines uses such as identity, local currency and settlement, with the last of those three options being especially favoured for proceeding with further exploration. The bank’s main goal appears to be the creation of an “Alternative System for Transactions Settlement” which would be able to immediately replace core functionalities of the main Brazilian settlement system in case of a full and unexpected collapse. Such a system, the central bank believes, would adopt a permissioned blockchain network in which financial institutions and the central bank themselves would be the nodes within the network that would be able to validate transactions. According to the research, moreover, DLT would potentially make it possible to create “a unique shared view of a large variety of information fed and replicated across institutions.”

Banco Central do Brasil was not the only central bank to make progress with DLT in the last week. Indeed, significant analytical research was also jointly carried out by the Bank of Japan and the European Central Bank. In particular, the two banks were keen to assess the applicability of distributed ledgers in the area of financial market infrastructures, and on Wednesday released the findings of their study. Three main conclusions were reached; firstly, DLT-based solutions could meet the performance needs of a Real-Time Gross Settlement (RTGS) system (and as such, is similar to the conclusions reached by Banco Central do Brasil); secondly, DLT performance is affected by network size and distance between network nodes; and finally, DLT solutions have the potential to strengthen

resilience and reliability. Overall, therefore, the banks determined that while DLT is still “immature”, ultimately there were “reasons to be optimistic with respect to the capabilities of DLT within payment systems”. Such findings, from two of the world’s premier regulatory institutions no less, certainly provides optimism for the finance industry’s use of blockchain during the coming months and years.