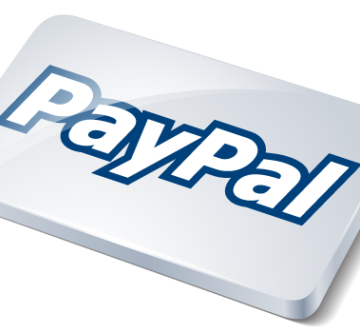 The United States regulates BitGo, which offers custody to 300 companies. If PayPal completed the purchase, it would become the custodian of the WBTC token.

PayPal had been avoiding getting involved in the Bitcoin market for years, but it now seems to have taken a turn in its business strategy. It has not only announced that it would offer support for various cryptocurrencies on its platform. There are also rumors that it is exploring the purchase of various companies in the ecosystem, highlighting the Bitcoin custody giant BitGo.

The executives of the digital payment company have had conversations with the custodian of cryptocurrencies of companies. The latter included Japanese Bank SBI Holdings and the Bitstamp exchange among three hundred other companies.

Anonymous sources kept the figure that PayPal offered to the service of cryptocurrency custody for institutions a secret. In 2018, BitGo raised around USD 58.5 million at a valuation of USD 170 million. There were also investments from Goldman Sachs and Digital Currency Group (the organization behind the institution with the most bitcoins under its charge, Grayscale Investments). For those reasons, the figure that PayPal offered should not be lower.

The representatives of both companies refused to make comments about the subject. Besides, there is still a possibility that PayPal may choose another company or that BitGo will reject the acquisition. PayPal is certainly not wasting time on its cryptocurrency strategy.

The path that the custodian has followed since its foundation in 2013 until today places it as one of the most successful. For example, it already has permits as a custodian for South Dakota. However, it is currently awaiting a response from New York regulators, after having applied to become an independent custodian under the banking laws of the US financial capital. Besides, it already has support to comply with the so-called Travel Rule proposed by the Financial Action Task Force, which adds to its regulatory alignment.

PayPal will remain as the exclusive custodian of the cryptocurrencies purchased on its platform, without giving its users control over private keys or allowing them to withdraw funds. For that reason, it makes sense that it is looking to partner with an already established company with security technology tested in the wild. This is especially true now that its paperwork is already in progress to establish itself as a financial institution in New York.

BitGo is also the main custodian of Wrapped BTC, the first tokenized version of Bitcoin on the Ethereum blockchain. The acquisition by PayPal could also include control over the asset pegged to the Bitcoin price, mostly used for investments in the DeFi market. Furthermore, its partnership with Paxos indicates that PayPal intends to fully immerse itself into the cryptocurrency ecosystem.

The importance of Bitcoin worldwide has grown dramatically in the last few years. The people behind PayPal have realized the importance of incorporating the pioneering cryptocurrency into this payment service. The acquisition of BitGO would allow them to operate with Bitcoin and other cryptocurrencies, giving users more payment options.