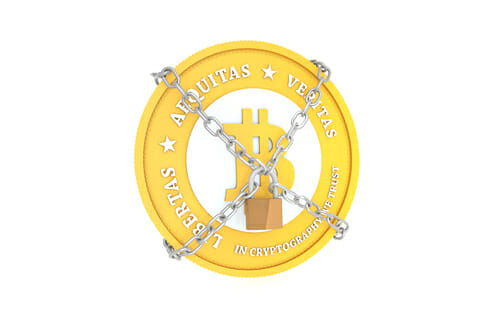 The interdepartmental team of the Central Bank of Israel recommended that the government entity not issue a currency anchored to the new sequel, as it was proposed at the end of last year. It was advised to study the subject better and also monitor the development of the cryptoactive sector worldwide, before making a decision.

The report, published on the official website of the bank, presents the results of the study conducted by the team appointed by the President of the Bank, Karnit Flug, in order to assess the viability of the project in Israel. There the advantages and disadvantages of this type of assets are analyzed and it is concluded that the issue would involve material and technological risks, related to the impact that this action could bring to the Israeli financial system.

In this statement, the team exposes its doubts about the repercussions that this decision could have on the operation of the central bank, since this is the entity that is responsible for conducting the monetary policy of the country, in addition to managing the cash and credit system payments. Also, this entity analyzes some advantages of this type of coins, taking into account the objective of its issuance.

In this sense, these types of currencies can be considered appropriate in cases where the use of cash has decreased among the public, as in the case of Sweden; however, the team points out that this is not the case of Israel. They are also very useful to support and make more efficient payment systems by having an additional monetary tool.

Among other benefits, at the discretion of the team in charge of assessing the environment, state cryptoactives can be used as part of strategies to combat the undeclared economy, and their ease of adaptation to a high-level technological environment can be exploited to offer greater boost the financial technology sector in Israel.

Among the reasons for not recommending the issuance of a state digital currency, the Bank’s team alleges that there are no concrete experiences that show tangible results regarding the advantages of this state cryptoactive, because until now they have not been issued, despite being part of the plans in different countries of the world.

“No central bank in any advanced economy has so far issued a digital currency for general use. There are a few banks, mainly the central bank of Sweden, which is examining the issue. In contrast, there are others, such as the central banks of Denmark and Australia, which have stated that they do not plan to issue digital currency in the near future, because the payment systems in their countries are efficient and offer good alternatives. “

With this statement, the Bank of Israel team refers to the plans announced by different countries to issue state cryptoactives, with different objectives, ranging from evading international sanctions, replacing the use of cash and promoting the massive adoption of cryptocurrencies, until achieving the vanguard in financial technology.

Israel’s plans to launch a digital currency date from 2017, at the end of that year, the Central Bank expressed interest in digital currencies. The idea of creating a digital “shekel” is to have a cryptocurrency that has the same value as that of Israel´s current currency.