Facebook’s plan to create a global currency yielded to government regulatory pressure. Its purpose now is to become a standard for central bank digital currencies.

Facebook promised that Libra would take finance to a new level for millions of its users. Along the way, they would use their tool, a new cryptocurrency, which many saw emerging as a Bitcoin (BTC) contender.

By announcing the modification of its white paper on April 16th, Libra confirmed that it would not follow users’ guidelines, but rather those that meet the requirements of governments, banks, and international regulators.

These adjustments do not take into account any “revolution” and focus on a system that would only facilitate payments in national fiat currencies, which already exist and are part of the global corporate establishment.

In the reformulation of his project, Libra does not say anything about getting closer to users or holding meetings with enthusiasts in the ecosystem. It only mentions users to promise that they will receive protection against possible risks. However, the document does refer to dialogues with central bank authorities, officials and auditors to determine the best way to comply with established regulatory frameworks.

Libra realized that its “square” model would not fit the “round” model of cryptocurrencies. The association that promotes it had no choice but to yield to the pressure from the US Congress; the central banks of France, Germany, and Australia; and the authorities of Russia, Canada, and India, among many others.

The original members of the Libra Association included large financial corporations, such as Visa, MasterCard, PayPal, and MercadoPago, which were some of the founders. However, they eventually decided to leave as they realized that they would be working for a currency, which in the end could take market shares away from them.

Even though Libra will use blockchain technology and each of the 22 corporations forming the association would operate a node, nobody knows how they will handle information. Besides, there will be open developments with prior approval, which will have to conform to KYC/AML requirements. Likewise, it will be possible to program smart contracts.

The path that Libra chose was to build a platform where there is interoperability of stablecoins tied to national fiat currencies. The association seeks to create a standard to integrate digital currencies issued by central banks, which lacks neutrality, resistance to censorship and open protocols. These three aspects are precisely some of the fundamental principles of cryptocurrencies like Bitcoin, to name just one example.

In terms of user privacy, the leverage for this project comes from Facebook, a company that has already used data of its members improperly. Many people wonder if Facebook will provide the information of its users, without their consent, for other purposes, as on other occasions.

There could be a perception of Libra as an argument for Facebook and other companies to formally approach the world of finance and develop business. However, it will always follow the guidelines of institutions that already regulate the international monetary system and it will not be a form of disruption.

The potential for mass adoption of their experiment is real since the social network has more than 2.5 billion users. In any case, its arrival does not represent a direct threat to Bitcoin, but rather to commercial banks or systems like PayPal or Revolut. Of course, only time will tell who is right. 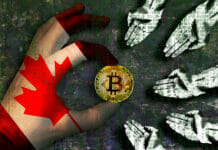 Messari Says that Bitcoin Price Will Reach $ 300,000 this Year