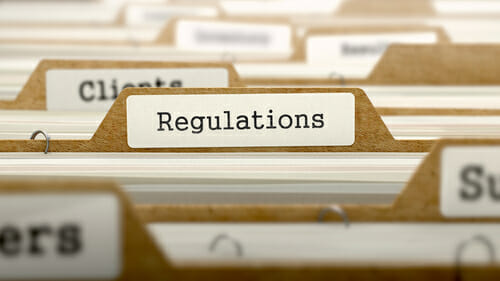 The US Attorney’s Office for the Southern District of New York was investigating FTX, although it is not known how far they would have gone. Meanwhile, the SEC also has an open case.

The more time goes by, the more is known about the FTX situation. Day after day, new information comes out that leaves the company and its board of directors in a very bad spot, which sheds some light on how poorly an exchange, valued at 32 billion dollars by January 2022, was managed.

Naturally, the fall of FTX moves the regulators to investigate what happened, but unlike other cases, these organizations had already traveled a long way, because they had been investigating the company’s actions for months.

This has been reported by Bloomberg, which assures that the office of the Attorney for the Southern District of New York, in charge of all financial cases in the country, was already working on a case against the company for possible money laundering. This action was based on the Law of Bank Secrecy to begin investigations pertaining to the movement of cryptos by the company.

How far the Investigation Had Gone is Unknown

The Attorney for the Southern District of New York would join the Securities and Exchange Commission (SEC) on the list of entities that have been investigating Bankman-Fried companies for months. It is not known if these organizations knew the entire financial situation of the company before the fall, but it is known that they are currently working together with the new CEO of the company to find out more about what happened.

Until now, and as reported in Bloomberg, it is known what has been declared by John J. Ray III, CEO of the company, who explained that Alameda Research, Bankman’s other company, would have lent up to one billion dollars to FTX, an amount extremely high for company accounts.

This does not mean, however, that the case will not advance further. The Southern District Prosecutor’s Office is the one that has handled most of the large cases of financial fraud and is responsible for the most important investigations in the crypto world.

This has given it an advantage by having the support of organizations such as the FBI and other entities. regulators. For this reason, one should wait until further progress is made in the case to find out everything they hid from FTX.

SEC Has an Open Case Against FTX

The U.S. securities regulator had been investigating crypto exchange FTX and its handling of customer funds amid a liquidity crunch, as well as its crypto-lending activities, a source with knowledge of the inquiry said last week.

Gary Gensler, Chair of the U.S. Securities and Exchange Commission, had previously expressed concerns about whether crypto platforms were properly segregating assets, and trading against their customers with their market-making activities.