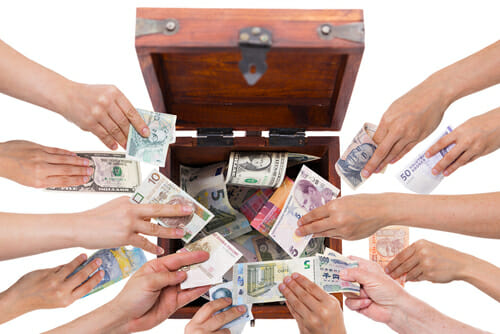 Jamie Coutts said there has been no regulatory risk regarding cryptocurrencies, arguing that users must disclose their holdings to tax authorities. He also considers that those who choose not to educate themselves about cryptocurrencies miss an opportunity.

Crypto markets analyst Jamie Coutts believes that traditional portfolio managers stopped investing in cryptocurrencies due to fear of the unknown. He recently claimed that there has been an ongoing falsehood that there is no intrinsic value in blockchains.

Coutts explained that these wealth managers own stocks, like Amazon and Facebook, which were non-profitable in the first few years. In addition, he said that Facebook was non-profitable or showed no intrinsic value in its early stages.

However, he said that people understood that the network was growing and that its value comes from the people using the products.

Jamie Coutts Considers There Is No Reason for Not Adopting Cryptocurrencies

According to Coutts, there is intrinsic value there, although blockchains like Ethereum are not liquidity-producing assets. However, he said he did not understand why many hesitated in adopting Ether (ETH), ruling out the lack of regulation.

He said that regulation could not be a reason for not investing in Ether, as Bitcoin (BTC) is a regulated cryptocurrency.

The crypto markets analyst said there is no regulatory risk as cryptocurrency regulation started when they became a taxable item. He explained that users had to disclose their holdings to tax authorities wherever they were.

Dismissing that reason, Coutts said that some asset managers avoid investing in crypto assets due to fear of the unknown. In addition, he considers those who choose not to educate themselves about cryptocurrencies are missing an opportunity.

He said people must understand global trends like devaluation and technological innovation, of which crypto is at the crossroads. He considers that this should encourage considering the investment in cryptocurrencies as an asset class.

Experts Consider Cryptocurrencies an Asset Class with a Promising Future

In August, Picket Group recommended not investing in cryptocurrencies amid the turmoil in the sector. Tee Fong, the CEO of the Swiss wealth management group, recognized that nobody should ignore cryptocurrencies as an asset class. However, he thinks there is no room for private bankers and bank wallets.

Meanwhile, others said that institutional investors remain interested in crypto assets despite the current market conditions.

Henrik Anderson, the CIO of Apollo Capital, recently said that many are waiting on the sidelines while institutional interest has gained momentum slowly.

Since the executive has seen many leading banks in Australia are interested in crypto assets, he is optimistic about their future. He mentioned that ANZ and NAB have focused on stablecoins and the tokenization of traditional assets rather than on investing in cryptocurrencies.

Meanwhile, Bitcoin is trading at around USD 19,271 and has accumulated a 2.0% gain over the last 24 hours. While its daily trading volume is above USD 30.32 billion, its market capitalization is about USD 369.18 billion, according to CoinGecko.