A court ruled that the sentence issued in August 2019 was improperly imposed. Craig Wright has until February 3rd to demonstrate that he owns the private key of the bitcoins.

Almost five months after a Florida court ruled that Craig Wright, the self-proclaimed creator of Bitcoin, had to hand over all the bitcoins that he owned until December 31st, 2013, to the family of his former partner Dave Kleiman, the decision was reversed because it was improperly imposed.

The district judge, Beth Bloom, indicated on Wright’s appeal that, although she proved him right on this point, she gave him until February 3rd, 2020, to demonstrate that he owns the private key of his alleged Bitcoin holdings.

According to the case document, signed by the judge on Friday, January 10th, after thoroughly reviewing the file and the sanctions imposed, the court agreed with the defendant that this sanction was improperly imposed.

The court also ratified that Wright should pay USD 658,000 for legal fees corresponding to the plaintiff, which Wright had deemed unreasonable.

The court’s decision is a follow-up to the lawsuit filed in February 2018 by Ira Kleiman, brother of the late computer scientist Dave Kleiman. It should be remembered that Wright maintained a partnership with Kleiman, through which they accumulated a large number of bitcoins between 2009 and 2013. The lawsuit also highlighted that it was not clear whether both were the real creators of Bitcoin.

Craig Wright was questioned by the judge, who said that his behavior delayed and obstructed the process to determine his alleged ownership of the bitcoins claimed by the Kleiman family. In August 2019, Ira Kleiman alleged that Wright had appropriated 1.1 million bitcoins from W&K Info Defense Research, a company co-founded and operated by Wright and Dave Kleiman. At that time, Judge Bruce Reinhart ruled in favor of the Kleimans, so that they would receive a payment of 550,000 BTC, which will not happen now.

The deadline was given by the court to Craig Wright until February 3rd is for him to demonstrate that he has control over the bitcoins that he supposedly accumulated during Bitcoin’s first years, in partnership with Kleiman. However, Wright has stated that he does not own a portion of the private key that would give him access to the funds.

The Australian entrepreneur has said that he mined bitcoins during that time, but that he established a trust where private keys are protected to safeguard the bitcoins, so he cannot access them. Previously, Wright had said that he would possibly receive the keys in January 2020.

With Bitcoin’s current price around USD 8,126, 1.1 million BTC would now represent an amount of USD 8,938 million.

Despite Craig Wright’s efforts in recent years to demonstrate that he is the creator of Bitcoin, the community that makes life in the cryptocurrency ecosystem on a global scale has rejected this possibility on repeated occasions, which still keeps the real Satoshi Nakamoto anonymous.

Currently, Wright is the most visible head of the cryptocurrency project Bitcoin Satoshi’s Vision (BSV), a hard fork of Bitcoin Cash (BCH) that, according to him, reflects the true ideals of Satoshi. 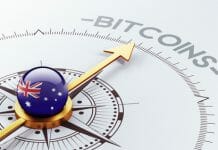 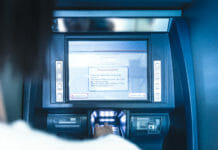 Installation of ATMs to Sell Bitcoin in Caracas Is Under Preparation