The Chilean peso has appreciated by about 20% against the US dollar since March 2020. The rise in the price of Bitcoin in Chile is similar in percentage terms to that of other countries in the region.

Although Chile’s legal tender fiat currency, the peso (CLP), is recovering against the US dollar, the recent rise in Bitcoin (BTC) combats the strength of the Chilean fiat currency. For that reason, the rise in the price of the cryptocurrency in the South American country maintains levels similar to those of other countries in the region; beyond the exchange rate between CLP and USD.

In recent days, the Chilean peso has maintained its recovery trend against the US fiat currency with almost 2% appreciation. Therefore, the CLP/USD exchange rate has fallen to levels not seen since 2019, below CLP 700 per US dollar.

The increase in the price of Bitcoin in the global markets in that period is around 25%. Despite the remarkable strength that the Chilean peso has shown in the fiat money environment, it falls against Bitcoin like the rest of the currencies.

In the last 12 months, the price of Bitcoin in the legal tender fiat currencies of Brazil and Argentina has risen by more than 500%. In Chile, the increase was 333%, according to data from CoinGecko. In the global market, the increase is around 370%, so the difference between the Chilean peso and the US dollar market is not very high.

Despite this trend, the devaluation of the Chilean peso against Bitcoin is evident in the long term. This issue is especially true when taking into account that last November, the price of Bitcoin in Chilean pesos broke the all-time high before that occurred in the global market.

Some perceive a strengthening trend in the Chilean peso, but others see nothing but an opportunity to acquire a “cheaper” bitcoin for a limited time. Among the latter, the most prominent is Guillermo Torrealba, the CEO of local exchange Buda.com.

The executive considers that the rise in the Chilean peso against the US dollar slightly overshadows the increase in the price of Bitcoin in the South American country. “This situation ‘hides’ the effect of the rise in BTC, but what happens is that it is particularly cheaper to buy bitcoins with Chilean pesos because of the exchange rate,” according to Torrealba.

The Chilean peso is becoming stronger but other countries in the region do not have the same fate. Ignoring the paradigmatic case of the depreciation of the bolivar in Venezuela, there are equally unfavorable scenarios for fiat money in the region.

A recent example of this phenomenon took place in Colombia, where the peso (COP) is now equivalent to less than one satoshi, the smallest unit of Bitcoin. In other words, a Colombian peso is worth less than 0.00000001 BTC. 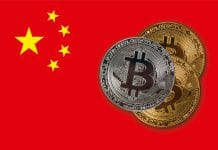