Tencent, the Chinese, multinational technology company, is one of the biggest tech manufacturers in the world, with assets in almost every recognized company related to electronics, software, and hardware among others. In recent months they have expressed interest in blockchain technology, saying it could be useful in streamlining and reducing time and cost of different financial processes.

The WeChat app (Tencent’s equivalent to WhatsApp) may be a vehicle to simplifying the process of expense reimbursement using blockchain technology. According to a recent entry posted on Tencent’s official blog, the company carried out a pilot test with the app in a restaurant in Shenzhen, China where users paid their bill through WeChat Pay (WeChat’s payment service). By introducing the payment information on a private blockchain network where restaurant, Shenzhen tax authority and the user’s employer have access. Tencent was able to eliminate the delays presented in the normal processes when performed manually. The company hopes this system will be widely used in order to make the waiting period for reimbursement of expenses much faster in addition to reducing the amount of false receipts. Currently in China employees must go through a fairly complicated process in which sellers issue a series of payment receipts for individuals and companies. When a staff member needs financial reimbursement for business expenses, they must request a receipt from companies stipulating the exact taxpayer number of their employees.

To do this, employees need the vendor to manually enter the taxpayer number on the receipt at each step of the process. Also, this process is usually followed by other manual tasks, such as collecting the receipts and filling out forms before receiving the refund. According to the Tencent, when carrying out this process through a traceable blockchain, the tax authorities will be able to count on a system that does not require paperwork and the circulation of receipts could be easily traced. At this time, the first batch of vendors that would have integrated this test pilot system includes the parking lot of Bao’An Stadium in Shenzhen, a restaurant owned by Tencent and a car repair center. According to a Tencent statement, 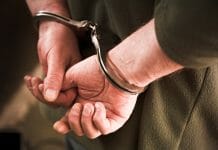