According to the head of the Russian Legal Office, the issuance and trading of cryptocurrencies would be illegal in that region.

Recently, the Central Bank of the Russian Federation issued a statement indicating the advancement of the new law for digital assets. According to the bill, trading and issuing cryptocurrencies will be illegal in every way in that country. This new version of the project could soon advance among the country’s lawmakers.

In an interview with local media, the Head of the Russian Legal Office, Alexey Guznov, mentioned that his department does not believe in these digital assets. He said that the use of cryptocurrencies should be considered an illegal activity. He considers that the country should create rules and regulations that prohibit cryptocurrency trading, as well as the issuance and holding of these digital assets, and other things related to it.

Despite this negative stance against cryptocurrencies, the Central Bank of Russia (BoR) maintains a more acceptable stance with the use of tokens, which would facilitate some financial activities. This financial institution considers tokens as “financial assets”. Following this aspect, the authorities tested a tokenization pilot project at the end of 2019 within a set of rules (sandbox) that would regulate them.

However, officials like Guznov hold the theory that cryptocurrencies can destabilize the entire economy of the country. The official explained in the interview that one of the greatest risks is the use of these assets in illegal activities; thus, so the legalization of these currencies would represent a great risk for Russia.

As for the law, the Bank of Russia was actively involved in many discussions related to cryptocurrencies. This happened especially in the middle of last year. Now, the current activity of the bank seeks to continue the development of the law that supports only the issuance of tokens called “financial assets”.

Cryptocurrencies are not mentioned in any way, nor considered as assets. The project only indicates the rules and conditions for security tokens that could be issued by the Bank of Russia or by those who request a license.

The bill so far details the requirements necessary for the issuance of tokens allowed by the authorities. Guznov explains that for an issuer to be licensed, he must have a required capital of about 5 million Russian rubles (approximately USD 660,000).

Additionally, the issuer must have a system that allows accounting books to be shared with law enforcement and regulatory authorities. According to an official, if the person does not meet these requirements, this could ensure that the assets are used for money laundering or other illegal acts.

Despite the Bank of Russia is working on the bill for these security tokens, the financial institution does not support the issuance of digital currencies such as Bitcoin (BTC).

Guznov commented it is possible to reach a consensus. It would not matter if someone has cryptocurrencies, but it would be prohibited to use them for operations in the local market, as well as the bank would prohibit the issuance of these digital currencies in Russia.

“We are now approaching consensus with other government agencies and market members participating in the debate. That consensus could be that no one is going to ban the possession of cryptocurrencies. Cryptocurrencies, in the end, are not drugs or weapons. But the legalization of the issue and, more importantly, the circulation of cryptocurrencies is planning an unwarranted risk. This is why the law would prohibit the issuance and organization of the cryptocurrency market, and also introduce the punishment for those who violate this prohibition”, Guznov explained.

Guznov’s statements highlight that the law allows people to have cryptocurrencies, as long as the person has made a contract with any server or if the person uses the cryptocurrencies outside the territory. However, the authorities would prohibit all cryptocurrency markets, as well as the issuance of these assets.

This law could enter into force at the end of the first semester of the year; hence, its discussion could be close to the Russian legislature. 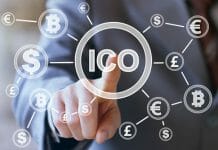