The pioneering cryptocurrency recorded a rebound of more than 12% last July 27th. The rest of the cryptocurrencies accompany the movement of Bitcoin (BTC).

The price of Bitcoin price has continued to rise, officially breaking the USD 11,000 mark last July 27th. It was around that level for the last time last June of 2019.

After several announcements from companies such as PayPal, Visa, and MasterCard, in which they claimed to be working with cryptocurrencies, the price of Bitcoin has been rising steadily since last July 21st, after having reached USD 9,400.

According to data from CoinMarketcap, the Bitcoin unit is trading at around USD 11,100 at the time of writing this article. Its price has increased by 12.39% in 24 hours, recording its best performance in one day after several months of relative stability in the market.

The movement of the market has brought the capitalization of the pioneering cryptocurrency to about USD 205 billion. However, the recent statement by the Office of the Comptroller of the Currency (OCC), which allows US banks to offer cryptocurrency custody services, could also be influencing this situation.

The interest that this news has aroused seems to be complicit in the general rise in the market, which currently totals USD 327 billion, of which Bitcoin dominates 63%. However, the current momentum in the market seems to lack strength, given the low volume that accompanies it. Users have traded USD 35 billion in 24 hours, compared to volumes exceeding USD 100 billion at other times in 2020.

The rest of the cryptocurrencies accompany the movement of Bitcoin. In the top 20 of the CoinMarketCap ranking, it is possible to observe that only five tokens are in the red. For example, Ethereum has risen by 4.91% in the past 24 hours and the unit is now worth USD 325. Meanwhile, Ripple (XRP) went up by 5.26% and Litecoin (LTC) recorded a 12.48% rebound.

Bitcoin is also reemerging at a time when gold is trading at all-time highs against the US dollar. Instability in financial markets appears to be pushing investors into safe-haven assets, of which many prefer gold. Of course, Bitcoin is the “new kid on the block” with a revaluation that has been around 60% so far this year.

In anticipation of the Federal Reserve’s announcements of new measures to boost the economy, gold continued its bullish momentum, closing above USD 1,900 per ounce. At the time of writing this article, the price of gold is at USD 1,943, well above the all-time high of USD 1,921 that it achieved on August 22nd, 2011.

The upsurge of COVID-19 infections in the USA, and the expected agreements in Congress regarding a new stimulus package for the economy, seem to have pushed investors to seek coverage in an asset such as gold, given the volatility of the US dollar. Similarly, the search for values perceived as safe-haven assets influenced the rebound of Bitcoin. 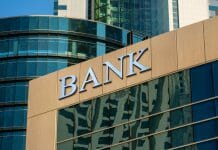