A scammer posed on Instagram as Binance CEO Changpeng Zhao. More than $700,000.00 thousand were stolen through this fraud.

José Armas, a Venezuelan that lives with his family in Florida, the United States, was forced by the economic situation of his country to emigrate about 2 years ago. As a trader, he regularly buys and sells financial assets, making the most of the operations. However, he was recently the victim of a phishing fraud that took away all his funds, which consisted of about 91.57 BTC, approximately USD 716,000 at the time of writing this article.

Armas related how he became a victim of one of the methods that are most used by cybercriminals to scam and obtain confidential information fraudulently. At the same time, he said that his story could alert other people, who must also know the importance of implementing techniques to protect themselves.

The Instagram post of Changpeng Zhao’s photo led Armas to want to have a conversation with the founder of the exchange Binance. As he did not take the proper precautions, he lost all his funds, which had been the product of the study and time spent to take advantage of the fluctuation of Bitcoin’s market.

How It all Occurred

Excited by the creativity of his son, who is beginning to demonstrate business skills, Armas posted a photo of the boy in his Instagram story. At just 9 years old, he installed a lemonade and cookies stand that received bitcoins as a form of payment. The photo was commented by family and friends, who applauded his entrepreneurial attitude.

The excited father also received a reaction from an Instagram account identified with the name of renowned Changpeng Zhao, who barely answered the story with an applause emoticon. Upon observing the reaction of the alleged CZ, Armas asked him to comment on the photo posted on his profile, to which he agreed.

Subsequently, both held a conversation about Binance in which Armas said that for two years he has been a user of the exchange. Gradually, he gained confidence and agreed to answer all the questions that the alleged Changpeng Zhao asked him.

The scammer contacted him through a private message and began by talking to him kindly. He then sent him a link to a webpage that he is promoting, which deals with rewards for wallet-to-wallet transactions. After downloading and opening the application on one of his computers, the thief hacked all his computers, including his cell phone.

What Armas did not notice is that, apparently, CZ does not have an Instagram account. Although there are several accounts with his name, none is verified, which is the mechanism that Instagram uses to confirm that the account of a public character, brand or celebrity is authentic.

The Venezuelan trader advises being very careful with those people contacted through social networks. Those who keep cryptocurrencies stored in large quantities should find a way to not have everything in a single wallet for security and, if possible, use external wallets of the Tresor type.

PwC Increases the Use and Capacity in Its Smart Contracts Team 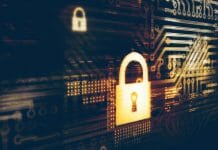