Humberto Figuera, President of the Association of Airlines, stated that that the situation is confusing. In the center of the country, a municipal market already calculates lease payments in petros.

Domestic and foreign airlines serving Venezuela might use Petro to pay for gasoline and the use of airports, but they would do so cautiously for fear of possible financial sanctions by the USA. This was stated by Humberto Figuera, President of the Association of Airlines of Venezuela, who added that the situation to pay for the fuel with the Venezuelan government’s cryptocurrency is rather confusing.

The leader believes that the biggest fear of the airlines is not that the US authorities determine that they are breaking the sanction against Petro. In his opinion, the airlines are more concerned about not being able to buy spare parts or simply being ignored by sellers for trying to pay with the cryptocurrency.

According to Figuera, the US Department of the Treasury will not verify who has bought petros or not among the airlines. He believes that the over-compliance of this sanction is what should worry the most since a company that produces spare parts or that manufactures airplanes might not want to sell or pay attention to those paying with petros.

The US Department of the Treasury, through its Office of Foreign Assets Control (OFAC), has already sanctioned the Venezuelan flag airline, Conviasa, which it accused of being poorly managed by the Venezuelan government and of promoting politically-oriented activities.

Last January, Maduro decreed that the country’s government services, including aeronautical rights and procedures before the National Institute of Civil Aeronautics (INAC), should be paid with petros. It is still unknown if Venezuelan or foreign airlines have paid for some of these services in Petros.

Whilst the airlines analyze how to operate in this new scenario in Venezuela, in other regions of the oil-producing nation, ordinances or bulletins are being approved, indicating that Petro should be adopted as a reference or as an instrument to pay for services. This occurred in the Municipal Council of Naguanagua, in Carabobo state, located about 107 miles west of Caracas, where the councilors authorized the lease payment for the Municipal Market, estimated in petros.

The ordinance was rejected by the traders, who indicated that the profits from their business are not enough to pay the new fees. One of those affected is Jesús Manuel Morillo, who previously paid VES 320,000 per month for the rental of the premises and now has to pay VES 3,360,000. In recent days, a group of traders approached the City Council to request the repeal of the aforementioned measure.

Venezuela is driving further adoption of Petro to pay for products and services within the country. However, its efforts are not yet perceived on a large scale as Venezuelans have migrated to the use of the US dollar (USD), the Colombian peso (COP) or the Brazilian real (BRL), in the cases of border areas. This preference for the use of international currencies occurred because the national currency, the bolivar (VES), loses value rapidly in the face of the hyperinflation experienced by the country since 2017. 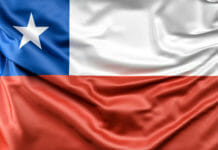