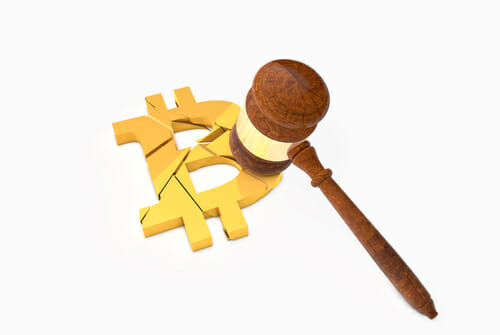 The Bermuda government announced that public services may be paid, among other things, with the stablecoin USD Coin.

In recent statements issued by the Bermuda government, it was known that taxes in that country can now be paid with cryptocurrencies. Among the details of the news, it was assured that the stablecoin USD Coin (USDC) can now be used.

This stablecoin is a cryptocurrency which works under Coinbase’s tutelage and was born thanks to that company’s alliance with Circle. It is known that this digital currency is backed by the US dollar and that, currently, little more than 1 billion dollars have been issued in this cryptoactive.

Regarding this new method of payment, government entities assured that it will now be possible to use the USDC as an asset to settle debts with the State, pay government services, and cancel the payment of public fees.

In addition to this news for cryptocurrency users in the country, it was also revealed that the public administration is generating some projects in order to change State policies on decentralized services, protocols, and stablecoins. The idea is to give more space to blockchain technology, and also to cryptocurrencies as a form of payment.

One of these projects includes the incorporation of digital currencies into the volume of operations conducted by the government. This, in order to perform certain government transactions with these assets.

In this way, Jeremy Allaire, who is CEO of Circle, gave his opinion on this matter and congratulated the Prime Minister of Bermuda on the new government policies. “Bermuda is focuses on enabling financial services to be built and delivered using cryptocurrencies and digital assets (…) Congratulations to Prime Minister (of Bermuda), David Burt, who continues to show leadership on these issues and remains well ahead of other governments in the world”, he concluded.

The Bermuda government had already made other movements related to the crypto world. In 2017, the government launched, together with the Bermuda Commercial Development Agency (BDA), the creation of a working group that would seek to know the benefits and mistakes of blockchain technology.

It also promoted a bill to regulate the so-called ICO (Initial Coin Offerings), in addition to creating a regulatory “cashier” for crypto companies that are established in the country.

Although this represents a great advance for the crypto world, governments in some other countries they do not seem to think the same about this initiative. Bermuda was not the first country to accept this payment method for users to pay their taxes. It happened previously in Ohio, the United States of America. However, this measure was recently revoked since accepting this type of payment was against the laws of said state.

As Bermuda has done, other countries of the world are developing public cryptocurrency projects that will be administered by their governments. That is the case of China. In this way, if a particular launch is achieved, it would lead to a regulation which will allow the use of these assets for the payment of taxes and public services.

Regulation Threatens to Defeat Cryptocurrencies, According to Dan Larimer