The Spanish company Telefónica believes that blockchain technology will bring confidence to its customers. Seven other companies also established an alliance with the Linux Foundation entity.

The Spanish telecommunications corporation Telefónica joined Hyperledger, of the Linux Foundation, to develop new services with blockchain technology for its customers and business models.

This alliance formalizes a relationship that started this year and that has TrustOS as its first Telefónica blockchain product based on Hyperledger Fabric, one of Hyperledger’s solutions to implement this original Bitcoin technology as a digital system.

José Luis Núñez, head of the Telefónica Blockchain Competence Center, says that the keyword in this association is the trust that blockchain technology can offer to the industrial sector. He considers that the implementation of proposals with blockchain technology in the business sector will succeed only if it is done openly and collaboratively.

The executive posted on Twitter that they are firmly committed to building ecosystems and networks that bring confidence to the operations of companies. He said that their partnership with Hyperledger reinforces Telefónica’s strategy of creating businesses in blockchain networks by adding a layer of trust to their customers’ operations.

Telefónica’s agreement with Hyperledger confirms the tendency among large international companies to want to adopt blockchain technology to integrate it into their production processes, but with actors that are already recognized in the ecosystem and that do so collaboratively.

Besides Telefónica, Hyperledger also announced that it welcomed its community to BlocWatch, BondEvalue, Ledger Leopard, LimeChain, Tech Mahindra and Vonechain Technology. Other companies that are already collaborating in Hyperledger are IBM, Cisco, American Express, Consensys, Intel, NEC, SAP, Hitachi and J.P Morgan, among others.

It should be remembered that Telefónica also has Wayra, a project acceleration network that is developing the Blockchain Activation program. The intention is to encourage the creation of solutions with blockchain technology so that more local or international companies incorporate them and thus improve their production processes, which is where TrustOS works.

Núñez recently said that the company is committed to blockchain technology because “nobody has to validate, certify or audit what is happening on the network, since the network itself will do so through that new blockchain layer.”

Hyperledger Fabric is not the only Hyperledger enterprise solution for blockchain, but it is the best known. There are also Hyperledger Besu, Burrow, Indy, Iroha and Sawtooth, each with its own characteristics to use, such as smart contracts, test networks, consensus algorithms or interoperability with other chains.

Blockchain technology, which is also known as distributed ledger technology (DLT), is a mechanism that allows secure and reliable peer-to-peer transactions through the Internet, without the intervention of a centralized authority or intermediaries.

It is an articulation of various technologies that also include digital mining, nodes, digital wallets, and the accounting ledger, in which transactions are grouped in block form and are linearly linked to each other. Regarding Bitcoin, it is used in the area of ​​cryptocurrency finance, but what is sought in business cases is to improve processes, services or products, without the need to use cryptocurrencies. 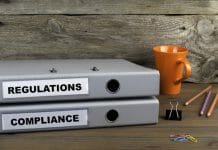