This has been a work for years, tons of experts and researchers have been lurking in the shadows of the fortune of the Bitcoin creators, putting in theory how many bitcoins Nakamoto owns and how his mining patterns work.

Lerner, one of his most advocated followers has set up data studies from his blockchain analysis and has tracked the extranonce fields that reside within the coinbase field steeming from the same coinbase transactions; this gives light to the possibility of a billion BTC under Nakamoto’s control.

There is skepticism about it

Other experts have conducted studies that reveal that Satoshi’s so-called big fortune is considerably lower. These experts have concluded that Bitcoin’s creator may have only mined 600,000 to 700,000 BTC or $6.5 billion worth of coins, so the theory of a billion BTC disappears completely.

The blockchain tracking firm Whale Alert said, with a new estimate and the researchers that the fortune in question is pretty accurate, a billion BTC is in Nakamoto’s power.

The real reason behind the mining: to defend the network

The study found a way to estimate very certain numbers mined and bitcoins already owned by Satoshi, in today’s market the numbers are high, also, the real purpose of patoshi miner: is to create a defensive shield against attacks, the mission is to protect the young network.

This delicate study also claims that the primary goal of it resides in the questions, why Satoshi started mining, and why he did it this way?

This entire phenomenon gave tracks to Whale Alert to conclude that Satoshi’s main plan is to create a defensive barrier through the network to protect it, how? The answer is by mining the bitcoins. Protecting the network’s been always the plan, so the mining is the fortress to protect the encryption from the inside.

There is a lot of questions in the air, what else could Satoshi do to protect the network? We do not know, but there is at least one pattern that belongs to him.

Satoshi Nakamoto is believed to be a team but until today it remains very shady. There are a lot of people following every step the coder makes but the only thing left in the air is speculations and theories. Today the bitcoin is stronger than ever; once the global emergency is over the peaks of sudden rises in prices will saturate the market. 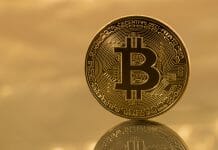