On November 2nd, the SEC published an annual report summarizing its enforcement efforts taken during the fiscal year 2020.

Overall, in the fiscal year 2020, the SEC brought 715 enforcement actions, including 405 standalone actions. Cases included a variety of violations such as the issuer disclosure and accounting violations; foreign bribery; investment advisory issues; securities offerings; market manipulation; insider trading; and broker-dealer misconduct. Besides, this year the SEC had to face the new COVID-19 related wrongdoings.

As a result of its efforts, the SEC obtained judgments and orders totaling approximately $4.68 billion in disgorgement and penalties and returned more than $600 million to harmed investors. In addition, the SEC awarded a record $175 million to 39 whistleblowers. It is both the highest dollar amount and the highest number of individuals awarded in any fiscal year.

Among all enforcement actions, there was a number of cases that the SEC brought against the blockchain companies; all of them related to the unlawfully conducted ICO. Let’s highlight the most interesting of them.

In 2018, Telegram Group Inc. and its wholly-owned subsidiary TON Issuer Inc. conducted an ICO of its tokens Gram and raised an astonishing amount of more than $1.7 billion to develop its own blockchain and its messaging app Telegram. It turned out to be the largest ICO to this date. However, the sale was conducted without necessary disclosures and registration, in violation of the U.S. securities law.

One of the biggest concerns of the SEC was unlawful distribution of Grams to the secondary market. Therefore, the SEC filed an emergency action and obtained a preliminary injunction barring the delivery of Gram tokens. Although, initially Telegram challenged the case, it agreed to settle the action following the injunction. As a result, it was ordered to return more than $1.2 billion to investors and to pay an $18.5 million civil penalty.

This case was reviewed in details in the last month summary. Similar to Telegram, Kik Interactive Inc. initially challenged the SEC’s allegations. However, the sale of its Kin tokens was found to be an unregistered offering of securities in violation of the U.S. securities law. The SEC was able to obtain a final judgment requiring the company to pay $5 million penalty.

In 2017, BitClave Pte Ltd. conducted an ICO selling its CAT tokens to approximately 9,500 investors worldwide and raising over $25 million dollars. The company planned to use the proceeds to build and operate a blockchain-based search platform. In its advertising of CAT tokens, BitClave emphasized an expectation that the tokens would increase in value. Furthermore, the company took steps to list CAT tokens on crypto exchanges to make it available for trading.

Earlier in 2020, the SEC found that BitClave violated the U.S. securities law because the sale of CAT constituted an unregistered offering of securities. BitClave agreed to settle with the SEC and return $25 million to investors. Also, BitClave was required to pay a prejudgment interest of $3,444,197 and a penalty of $400,000.

To facilitate the compliance, the SEC’s order established a Fair Fund to return monies paid by BitClave to injured investors. BitClave agreed to transfer all remaining CAT tokens in its control to the fund administrator for permanent disabling, publish a notice of the order, and request removal of CAT tokens from all crypto exchanges.

This case is very similar to BitClave. In 2017, an operator of the online eSports gaming and gambling platform Unkirn Inc. raised approximately $31 million dollars through the sale of its UnicoinGold(UKG) tokens, which were later found securities by the SEC for substantially same reasons as in the BitClave’s case.

Therefore, the results were also practically identical. Unikrn agreed to settle and pay the penalties of $6.1 million dollars. The SEC established the Fair Fund to return the money to injured investors.

One of the ICO cases finalized by the SEC in the fiscal year 2020 stands out. It is the case of Salt Blockchain Inc. aka Salt Lending Holdings. Inc. Salt was organized in 2016 to offer loans secured by crypto. In 2017, the company conducted an ICO selling Salt tokens and generating approximately $47 million to develop its lending practices. Although the Salt tokens were to represent the “membership,” the company was promising an increase of the tokens’ value as a result of the Salt’s efforts. The company also took steps to list its tokens on the crypto exchanges.

Although the ICO fact pattern and the resulting violations were very similar to the other cases, the outcome was very different. The company worked with the SEC to remedy the situation and agreed to register its tokens as securities. Salt has already returned millions of dollars to the investors and agreed to set up a specific procedure to make refunds if such are requested. It is also ordered to pay a penalty of $250,000, which is a very small amount compare to the other cases. But more importantly, the company would be able to continue its operations.

The next group of cases included into the fiscal year 2020 involves fraud, which is a more serious violation of the U.S. law sometimes resulting in a criminal prosecution.

In 2016 and 2017, UnitedDate, Inc. dba Shopin and its founder Eran Eyal conducted a sale of Shopin tokens and received more than $42 million. The funds were raised for development of the universal shopper profiles, maintained on blockchain. However, as the SEC alleged, no product was developed by the company. Instead, Mr. Eyal misappropriated investors funds for his personal use, including at least $500,000 used for rent, shopping, entertainment expenses, and a dating service, as alleged by the SEC. Moreover, during the ICO, Mr. Eyal and Shopin misrepresented public by claiming partnership with certain reputable companies and individuals.

As the result, the SEC charged Mr. Eyal and Shopin not only with the violation of the registration provisions of the federal securities law but also with fraud.

Boon.Tech conducted its ICO in 2017-18 selling Boon Coins and raising approximately $5 million to develop and market a platform, which could connect employers posting jobs with freelancers seeking work. Rajesh Pavithran, the founder of Boon.Tech, claimed that Boon Coins were stable and secure because Boon.Tech’s platform eliminated volatility inherent in the digital asset markets by using patent-pending technology to hedge Boon Coins against the U.S. dollar and that Boon.Tech’s platform was faster and more scalable than its competitors because it was built on Boon.Tech’s own blockchain. The SEC alleged that all of these claimed were false and misleading. Therefore, in addition to the charges for sale of unregistered securities, the SEC also charged Mr.Pavithran and his company with fraud.

As a result, Boon.Tech was ordered to return $5 million to investors, pay $600,334 in prejudgment interest and $150,000 in penalties. The Boon Coins were ordered to be destroyed and removed from the crypto exchanges.

The SEC charged NAC Foundation, its CEO Marcus Andrade, and political lobbyist Jack Abramoff for allegedly defrauding investors in an ICO by misrepresenting to investors that they were purchasing tokens that could be converted to AML BitCoin, which was superior to the original bitcoin.

During the ICO marketing campaign, NAC Foundation, Mr. Andrade and Mr. Abramoff made a number of false statements such as that AML BitCoin was superior to the original bitcoin, with anti-money laundering, anti-terrorism, and theft-resistant technology built into the coin on NAC’s own “privately regulated public blockchain.” The company and its CEO also claimed that multiple government agencies were negotiating to use AML BitCoin, and Mr. Abramoff and Mr. Andrade claimed that they were on the verge of advertising AML BitCoin during the Super Bowl in an effort to create interest in the offering. All these statements were found by the SEC to be false. In addition, Mr. Andrade directed a market manipulation strategy to boost the tokens’ trading volume and price and diverted approximately $1.1 million from the offering for his personal use.

Another interesting case worth mentioning involves charges brought by the SEC against actor Steven Seagal for failure to disclose payments he received for promoting an investment in an ICO conducted by Bitcoiin2Gen.

The SEC alleged that in 2017, Mr. Seagal participated in promoting the sale of B2G tokens by Bitcoiin2Gen, for which he was promised $250,000 in cash and $750,000 worth of B2G tokens. Mr. Seagal made posts on his public social media accounts encouraging the public not to “miss out” on Bitcoiin2Gen’s ICO and a press release titled “Zen Master Steven Seagal Has Become the Brand Ambassador of Bitcoiin2Gen.” For his marketing efforts he received $157,000.

B2G token were later found to be securities. Under the U.S. law, celebrities are required to disclose their compensation when promoting securities. Therefore, Mr. Seagal had an obligation to disclose the payments he received or was promised to endorse the B2G.

As a result, Mr. Seagal settled with the SEC and agreed to pay $157,000 in disgorgement, which he actually received in promotional payments, plus prejudgment interest, and a $157,000 penalty. In addition, Steven Seagal agreed not to promote any securities for three years.

Similar charges were brought by the SEC against John McAfee. However, his case is still pending. We will follow its development and keep you posted.

This monthly summary is provided by Katrina Arden, an attorney licensed in California, Puerto Rico, and Russian Federation and founder of Blockchain Law Group. Katrina Arden is a frequent guest at blockchain conferences. She authored a number of legal articles and participated in discussions with the regulators of multiple countries on the development and implementation of the blockchain and cryptocurrency law. 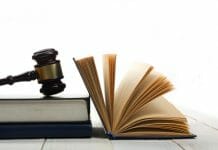 There Will Be a 20% Tax on Cryptocurrency Trading Profits

SEC Lawsuit Is an Attack on Crypto Industry, Says Ripple