In long positions, traders bet on a price increase, with a profit if the price reaches specific levels. Those positions that go for a bearish bet are called “short”. When the price goes in the opposite direction to the “bet” or prediction and touches a particular lower level, the liquidation of the operation occurs with the consequent loss for the trader.

The figure that the brief price drop recently caused represents a record of liquidations in such a short period, according to data from Glassnode. This company’s chart for liquidations on Binance shows a previous peak just below USD 50 million.

In just a few hours, the price of Bitcoin (BTC) went from USD 33,148 to USD 28,130, which caught those who were betting on the rise in the exchange’s derivatives market by surprise.

A rise of around 82% in the price of Bitcoin in a matter of weeks, after it broke its all-time highs, seems to have caused bullish sentiment to take hold of traders who turned to long positions (bullish bets). Furthermore, the correction that brought BTC to the USD 28,000 level again caused the losses described above.

Despite the downturn that seems to have sounded the alarms of a major correction, the price of the main cryptocurrency in the market rebounded above USD 28,130 and is currently around USD 30,000 again.

The rate of exceedance of Bitcoin price marks remains constant and the overall cryptocurrency market capitalization exceeds its all-time high of 2017. At the same time, the trading activity has risen in recent days.

At the time of writing this article, Bitcoin’s trading volume has been above USD 83 billion for around 24 hours. It had previously broken USD 85 billion for the first time in that time.

Even though there has been such strong bullish momentum in recent weeks, not all cryptocurrencies have seen significant price increases. However, the total capitalization is already above USD 840 billion, according to CoinMarketCap.

The breaking of the milestone has occurred with the top two cryptocurrencies breaking relevant price levels. Bitcoin exceeded USD 30,000 and set a new all-time high (ATH).

For its part, the price of Ethereum’s cryptocurrency Ether (ETH) exceeded USD 1,000 for the first time since 2018. In this way, this cryptocurrency is close to its ATH above USD 1,440, which it reached in 2018, according to data from CoinGecko. 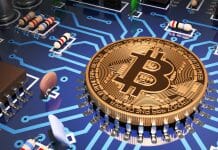