Users can exchange their ANT tokens until next February 10th. The new project will allow interested parties to participate in solving disputes within DAOs.

The Aragon platform is preparing to enable the first decentralized court in Ethereum, after announcing its pre-activation. Users will be able to help solve conflicts in the network and ensure compliance with contracts, becoming judges of this protocol. This will require that they acquire a new type of token―known as ANJ―, which is available for exchange.

The Aragon Court protocol, first introduced in October 2019, now has two distinct phases, after its code was incorporated into the Ethereum mainnet in late December. The first part, which will last one month, will focus on allowing the exchange of Aragon tokens (ANT) for the new Aragon Court tokens (ANJ) so that this tool can be used. On the other hand, the second phase will focus on launching the platform.

The Aragon team reported that the first pre-activation phase began on January 7th. All Aragon and Ethereum users interested in participating in this platform can access the tokens until next February 10th under an equivalent of 1 ANT, equivalent to 100 ANJ. The exchange will take place on the main website of the protocol, where the details of the project are also explained.

The importance of these tokens is that only those users owning ANJ will be able to comprise an active jury of the platform. They will also have the possibility to assist lawyers and intercede in disputes discussed in court. The exchange of tokens will remain active after the platform is launched, on February 10th, under an offer other than pre-activation.

What Aragon Court Is About

The new Aragon platform plans to introduce a new decentralized justice system, an idea already outlined in 2016 by Vitalik Buterin, developer of Ethereum. The Aragon Court introduces the possibility of forming a digital court without the intervention of third parties, a vision that opens new legal possibilities.

To do this, it aims to solve conflicts between users, contracts, and DAOs (autonomous decentralized organizations) that make life in Ethereum. The developers of the protocol have clarified that the goal of the court is to ensure compliance with smart contracts and solve disputes that cannot be solved by technology. In this sense, it describes that all those “subjective disputes” that require human intervention can be presented on the platform.

The court will consist of a group of judges and lawyers registered on the platform, who can be any users of the Ethereum network. The participants must bet their ANJ tokens in a particular dispute to be recruited as memberS of the jury. They will also earn fees each time they successfully adjudicate in one of these legal conflicts.

To avoid corruption, the Aragon Court team of developers decided that the judges will be chosen by lot. Likewise, the parties involved will be able to determine how many judges will participate in the conflict. According to Luis Cuende, developer and co-founder of Aragon, this court could start operating with real cases by 2021. 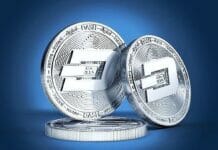