In a proposal devised by Japanese lawmakers, it was known that there is an initiative to create a digital currency that can be used as a national currency.

As part of a prevention and support strategy, some lawmakers in Japan talked about a proposal to issue a digital currency with national character. According to some sources linked to the authorities, the main objective of the initiative is based on the pressure that exists for the launch of China’s digital Yuan and the development of the cryptocurrency of the social network Facebook, Libra.

According to the proposal, the development and creation of the digital currency can be achieved with the collaboration of the private sector so the public and private sectors would work together to assemble a whole cryptographic infrastructure in the country.

To update the crypto ecosystem in Japan, the initiative hopes to make strategic alliances with companies in the industry that are in turn able to benefit from the possible extension of the legal range that cryptocurrencies could have.

Norihiro Nakayama, who is a parliamentary Vice-Minister of Foreign Affairs, said the proposal is being supported by a group of 70 legislators among whom he collaborates as an important member for the discussion and evolution of the proposal in the Japanese Parliament.

Nakayama said that the Japanese government must develop plans and proposals similar to those that China is creating, so it is important to promote this initiative. “China is moving towards the issuance of the digital Yuan, so we would like to propose measures to counter such attempts”, he explained. He also announced that they are in research plans on the urgency of creating or not creating the asset. “The first step would be to analyze the idea of ​​issuing a digital yen”.

Speaking about the proposal, Nakayama said they will present the final proposal to the government next February. However, according to some experts, Japan is unlikely to develop the technology in a short period, and among other things, change the legal and technical conditions to make it possible.

It is not yet known for sure if there is a real interest in the use of cryptocurrency technology in the government of Japan or if the movement has only been lifted by the actions of governments in the region, such as China. However, a large number of important politicians have raised their voices in favor of digital currencies.

Shizo Abe, who is Prime Minister, recently explained that the government is in talks with the country’s Central Bank to conduct an investigation that helps identify ways that help the yen (the Japanese currency) improve its liquidation so it is believed that blockchain technology could be useful. They will also study the use of digital currencies to improve international trade.

The creation of a digital currency can open a broader field to Japanese trade, and include it not only in the crypto industry but in the newest technological and financial sector.

Lawmakers expect the initiative to get a certain level of attention from the government, especially after the statements of the Minister of Finance, Taro Aso, who mentioned that if the digital Yuan results to be a success, it would be a “very serious problem” for Japan’s commercial activity. 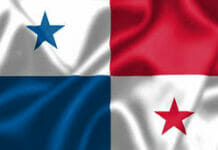 In Panama, Deputies Would Start a Debate on Laws to Regulate Bitcoin and Cryptocurrencies