January 2021 was the first month over a long time when the SEC did not bring any enforcement actions. But it does not mean that there will be no cases in the future because a large number of fraudulent schemes and unlawful coin offerings had not been brought to justice yet.

Despite the abundance of public information about enforcement actions against individuals and companies unlawfully raising capital through ICO (ITO, STO, etc.), some market participants still don’t understand what makes such offerings unlawful. And while we are awaiting the Ripple trial, in this monthly summary, we will analyze the U.S. relevant law and explain the legal issues.

Not all crypto coins/tokens are treated equally when it comes to regulation. It all depends on the nature of the coins/tokens, what specific rights they provide to the holders and the representations that the issuer makes during a sale. Some people have probably heard about security and utility tokens. Depending on the above-referenced elements, most coins/tokens could be placed in either one of these baskets. The SEC regulates only security tokens, which must be sold and further handled in compliance with the U.S. securities law.

It means that the coins/tokens would be evaluated case by case to determine if they become an investment contract. The Howey Test is one of the most commonly used tests by the SEC and the U.S. courts to analyze whether a coin/token constitutes an investment contract and, as a result, security.

The Howey Test has four prongs. All of them have to be met for the coin/token to becomes the security. Many companies planning an ICO fail to apply such a test. And that may cause significant legal problems in the future, even to the coins/tokens that have an actual usability.

Under the Howey Test, an investment contract should include the following:

Application of the Howey Test to every token sale is necessary to evaluate if tokens would be considered securities. Sometimes the line is very thin, and a few wrongful steps could irreversibly tip the scale. For example, the utility tokens can become security even at the end of their sale if the issuer starts promising an increase in the tokens’ value. And once tokens become security, their sale must comply with the U.S. securities law requiring them to follow specific procedures and provide mandatory disclosures (unless falls under a few exemptions). Of course, at that point, it would be complicated to do.

It becomes even more complicated when the SEC gets involved, applies the Howey Test, and determines that tokens were securities and the token sale was an unregistered offering of securities. In such a case, the issuer would face a hefty penalty. In many cases, the SEC seeks disgorgement, meaning that the issuer has to return all sales proceeds to the token holders. Most of the companies are unable to survive this. However, the issuer may also be allowed to file all relevant disclosures after the sale and bring it in compliance with the U.S. securities law. Salt Blockchain, Inc. is one of the rare examples.

Not only scammers could be investigated and charged by the SEC. It could also be the legit companies with positive intentions of bringing blockchain technology into our life. But lack of understanding of the legal requirements could negatively affect their business, causing at the very least, additional expenses or sometimes putting their existence in jeopardy.

This monthly summary is provided by Katrina Arden, an attorney licensed in California, Puerto Rico, and the Russian Federation. Katrina Arden is a frequent guest at blockchain conferences. She consults startups, including those operating in the blockchain field. Attorney Katrina Arden authored many legal articles and participated in discussions with multiple countries’ regulators on the development and implementation of the blockchain and cryptocurrency law.

Data Hijacking in Spain Is Affecting the Social Security Institute 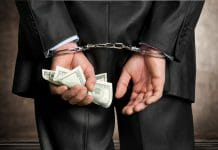 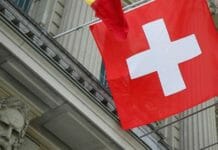