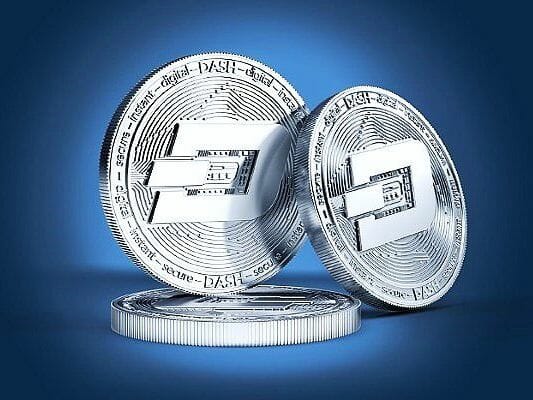 The CEO of Dash Core Group explains that transactions with Dash are “completely transparent.” The price of Dash, and the other cryptocurrencies withdrawn from Bittrex decreased by 10% in just 24 hours.

According to Dash Core Group CEO Ryan Taylor, “the ‘privacy cryptocurrency’ label is inappropriate for Dash.” The executive sought to clarify that matter after the Bittrex exchange announced that it would stop trading that crypto asset, along with Monero (XMR) and Zcash (ZEC).

As far as anyone knows, Bittrex’s decision did not follow the direct request of any state entity. However, Taylor is confident that the exchange did so “to mitigate the perceived regulatory risk of cryptocurrencies that US government agencies labeled ‘anonymity-enhanced cryptocurrencies’ (AEC).”

On his Twitter account, the executive explained that the cryptocurrency that his company developed is “a literal fork of Bitcoin.” For that reason, he considers that “all Dash transactions are completely transparent.” He added that “all inputs, outputs, addresses, and amounts are recorded on the transactions and anyone can view them on the public blockchain.”

Dash has the PrivateSend function, which hides “the sources of the amounts traded for the financial privacy of its users.”

In a recent argument, Taylor sought to separate the Dash code from PrivateSend, which he called “a non-custodial implementation of CoinJoin.” Also, he referred to a report from the Chainalysis Company that indicates that it is possible to pass other cryptocurrencies through mixers to gain privacy.

The head of Dash also mentioned that “from a technical point of view, Dash’s privacy function is not greater than that of Bitcoin.” With this, he referred to a report from the Perkins Coie law firm that reached this conclusion in September 2020.

Finally, Taylor said that he expects Dash to trade on the aforementioned exchange again. “We will try to work with Bittrex to allow them to trade again, assuming that they are willing to work with us,” he posted on his Twitter account.

“This is not in the same league as the enforcement action that the SEC took against Ripple. As far as we know, Anonymity Enhanced Cryptocurrencies (AEC) are not subject to a ban from US regulators. Even if they were, Dash is NOT an AEC at all and should legitimately be excluded from such action,” said Taylor.

The CEO of the Kraken exchange, Jesse Powell, said that they would not take any similar action against privacy-focused cryptocurrencies. He said that he had “not heard of anything in the regulatory arena. It seems to be something specific to the business [of Bittrex].”

Many join the Dash CEO’s speculation and believe that there are state agencies behind Bittrex’s decision. “The attack on XRP is just the beginning. Now they went for anonymous cryptocurrencies (XMR, ZEC, and DASH). The problem is that in many cases we depend on exchanges and that is the weak point of cryptocurrencies,” @PibeGeek wrote.

Ricardo Spagni, identified as “Fluffypony”, who is the main maintainer of Monero, also spoke about the specific case of Dash. He agrees with Taylor about his theory on why Bittrex was withdrawing it, but he disagrees on the virtues of that cryptocurrency.

Bittrex’s announcement upset those investors owning Dash, Zcash, and Monero. The price of these crypto-assets dropped by an average of 10% in just 24 hours. This is contrary to the general market trend, which is a bullish thanks to the new all-time high that Bitcoin recently reached.