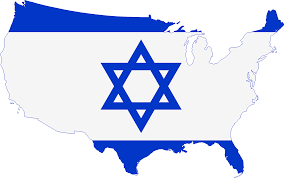 The refusal is due, in part, to the distrust that banking institutions have for businesses with cryptocurrencies

The issue of cryptocurrencies in Israel is uncertain. In that sense,the position of the financial system with respect to the crypto-economy is uncertain. However, recently a measure to ask questions, made during a petition to judicial bodies, requested to mark a trend with respect to the issue. But a conclusion was not reached about the attitude that banks should have towards Bitcoin.

Until now, banks in Israel have not been condescending with the crypto-industry, a faithful example of this aspect has been the actions of the Central Bank of the country, an institution that stays away of taking a position regarding the crypto world, and serves as specifically example to other commercial banks which avoid being involved with cryptocurrencies.

Laws in Israel state that the entire financial system, that is, any commercial bank, must immediately inform the Central Bank of any commercial transaction that has been rejected or denied. This is in order to avoid illegal actions. But, the bank is not required to share this transaction with the general public.

For this reason, some time ago, the Israeli Bitcoin Association requested detailed information to the Central Bank about the state policy regarding cryptocurrencies. It also asked the Central Bank its position regarding the digital business and the actions that national banks should have about these issues.

Central Bank sources refused to give details about these issues and simply limited themselves to not respond the questions. Due to the poor result, cryptocurrency enthusiasts filed a judicial appeal in order to pressure the Central Bank to take a position and provide information.

The legal advisor of the association, Jonathan Klinger, talked about the topic. Among his central statements, he focuses on how energetic and prevailing it was for his supporters to know these details.

It is known that the central motivation of the organization in making an important effort to know the state policies regarding cryptocurrencies is because the Association received a direct refusal from some banking institutions to have an account opened.

This happens even when the banks know that the account would not be used for the sale, purchase or storage of cryptocurrencies. For that reason, the organization assumes that this rejection is due to a part of the name of the association, which includes the word “Bitcoin”.

In Israel, these types of actions have proved to be common. In other opportunities, some companies that have had some connection with a crypto business have had trouble keeping their bank accounts active.

This is part of some kind of distrust towards cryptocurrencies that some current companies have to face.