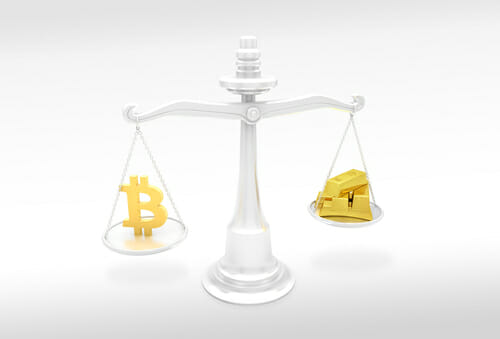 Blockchain fever isn’t showing any signs of slowing down. 2018 has been the year of consolidation when it comes to blockchain-based projects and Initial Coin Offerings (ICOs,) which bodes well for the future, given the fact that 2017 was the year of the explosion of these ventures. Few elements of traditional banking offer the trust and reliability that blockchain can provide, so it is no surprise that businesses want to experiment with the technology.

Governmental authorities are also willing to adopt the blockchain approach to enhance transactions’ security. India has come to realize that blockchain technology offers safety in data storage and transmission, as well as open and transparent network infrastructure, decentralization and cost savings.

The Indian Central Bank is ready to take the next step

According to a report from the Economic Times and other Indian media sources, the nation’s Central Bank is toying with the idea of implementing cryptocurrencies and the blockchain technology, and that it has set up a dedicated unit for this, a few weeks ago. Indian authorities claim they want to improve their knowledge of the subject to see if they can take advantage of the myriad of benefits that it can provide. The report of the Economic Times states that the primary intention of Indian government is to “research” blockchain technology and “to check what can be adopted and what cannot.”

Indian banks and the society, in general, have shown in the past that they remain skeptical about the success and applications of the blockchain approach. The subjects are, still, seen as “taboo” by some communities, mainly because the Reserve Bank of India (RBI) banned cryptocurrencies from industry’s commercial establishments and businesses four months ago.

There have been advances in the field, though. Recently, the country started to allow cryptographic tokens, although cryptocurrencies and endorsement of Bitcoin are still absent from the financial landscape in the country.

The sources, which preferred to remain under anonymity, are optimistic about the country authorities and financial institutions opening their eyes to the benefits of cryptocurrencies and blockchain technology. RBI seems eager to explore greener pastures.

Adjusting to a new reality

The publication expresses its concern regarding the country’s ability to adjust to the current trends, saying that a central bank should be open to creating new laws and regulations that foster the application of cryptocurrencies and blockchain.

Another country that is lowering its guard regarding the subject is Iran. Iranian political authorities have banned cryptocurrencies, but they have expressed their desire to take it back given the model’s success.

Each day, more banks and financial institutions are implementing blockchain solutions to enhance productivity and trustworthiness in their operations. The primary idea is to streamline processes and cut costs, but it is also possible to create new and more modern business models. UBS, Credit Suisse, and Banco Santander are among the banks and financial organizations that have successfully experimented with Blockchain solutions. The potential is evident: according to a study conducted by Accenture, the banking sector is expected to save nearly $20 billion by 2022 through Blockchain implementation.