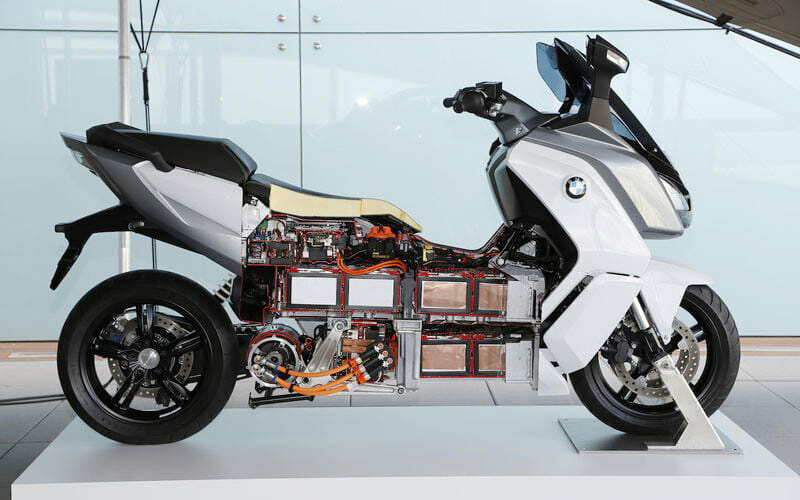 About 50 scooters will be manufactured per day, according to what researchers and project developers said

Researchers from the Polytechnic University of Valencia, in Spain, developed an electric scooter motorcycle that will have an integrated blockchain system.

The mileage, the places where the motorcycle has been, the revisions it has had, the repairs, the conditions of its different parts, and even the times in which it has suffered a fall are some of the data that blockchain will use.

The objective is that the information remains unalterable, reliable and safe. “We want that for the sale of a second hand. In this way, it is not necessary to see the motorcycle. All the measurable of the motorcycle cannot be corrupted by the own definition of blockchain, which makes the data immutable”, concluded José Campillo, researcher of the Polytechnic University of Valencia.

The creators of the motor scooter, researchers José Campillo and José Soriano, have explained that their creation will compete perfectly with the T-max of the company Yamaha, or C-Evolution of BMW. They say that the motorcycle will not only demonstrate power, speed, and versatility, but also, its design will revolutionize the ideal concept of a motorcycle sport scooter, with a better price than its competitors.

“The electric motorcycle will compete with other models in its segment such as the BMW C-Evolution, although it will offer twice the power and autonomy for less than 15,000 euros, the price of the German manufacturer’s scooter”, said Campillo, before mentioning that the price of this motor scooter will be around 13,500 euros, an average of about 15,200 US dollars.

About the manufacture of the motorcycle, the researchers did not hesitate to mention that the manufacture and incorporation of the battery that will be used was the biggest challenge they had to overcome. However, they said this aspect is solved and that the motorcycle will have properly 70 kilos of lithium battery, exclusively imported from South Korea.

“We want the looks to go to the batteries when turning on the motorcycle, guided by low-intensity LEDs”, said Campillo. Among other technical details of the motor scooter, it was mentioned that it has a USB port for mobile, in addition to an LED screen to show the values ​​of the speedometer and for the guidelines, a special starting system that does not require keys and an integrated charging system that will allow recharging the battery with a fast type 2 power outlet, which ensures a full charge in the shortest possible time.

Regarding the special performance and speed characteristics of the Ghatto G1, it was developed with an aerodynamic design that will facilitate the passage of wind at high speed, as well as it will have a cell pack of 14.4 kWh, which will allow about 300 kilometers of autonomy, and reaching 100Km per hour in just 3 seconds.

The latest information about this new electric scooter motorcycle will be revealed next February 20th, when a special event will be held to announce it officially, in the port of Valencia, Spain.