The authorities wonder why only 2,816 of the 9,686 graduates have completed the process. In Spain, there are doubts about some technological solutions used to validate diplomas.

The National University of Colombia (UN) states that it has been implementing the blockchain-based diploma certification modality for almost a year. However, only 29.1% of last year’s graduates have completed the process.

This has been occurring despite the advantages that the institution claims to offer and the generation of greater trust among students, employers and the community in general. It should be noted that blockchain is an immutable technology that prevents saved information from being changed or altered, according to the university authorities.

Last February 25th, the UN urged graduates to complete the process to obtain the validated diploma in a blockchain, since only 2,816 of the 9,686 graduates of 2019 have downloaded it.

The graduates may not recognize the official e-mail address from which they receive the information to access and download the authentic electronic copy of the university diploma, according to Gregorio Enrique Rodríguez, an official of the General Registrar’s Office, which is responsible for registering the professional diplomas from the institution.

The UN explains that, in March 2019, it launched the issuance of diplomas under the certification of a blockchain. For that reason, it issues a virtual diploma developed by Signe, a company that is promoted as a specialist in the design and development of document security.

In February 2019, it was reported that a pilot test was implemented by the UN School of Engineering for the certification of diplomas, using the Ethereum blockchain. For the management of metadata, the pilot test used IPFS files, a P2P mechanism that allows storing and sharing content on the network.

Controversy over Diploma in Spain

An article published in Diario de España in 2018 states that more than ten Spanish universities offer a digital copy in PDF format of the diploma obtained. Although the company Signe, which markets it, claims that it has “the same validity and effectiveness as the paper diploma”, the Ministry of Science, Innovation and Universities questions that statement.

Besides, the article reports that the company defends on its website that the document has the same validity as the paper diploma. However, when consulting the company for the procedures in which the document can be used, it was not clear that the eTítulo can replace the official legal card issued by Spanish campuses.

It also mentions the case of a graduate from Universidad de Castilla-La Mancha that bought the product, reported to the Ministry of Education that the digital document did not contain the signatures or the stamp of the paper diploma and makes reference to other cases that have arisen since 2017, which has led to questioning the legality of the document. 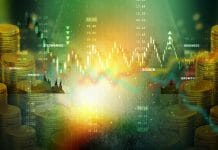