DAI will initially be integrated into the Tron blockchain. Some users expressed their doubts about the consensus rules of this system on the social networks.

The DAI token, the value currency pegged to the US dollar price of the MakerDAO project will be available on multiple blockchains, according to Loom Network. The information was published on Thursday, September 19th, 2019 on the startup’s institutional blog.

Luke Zhang, one of the co-founders of the Loom Network, said that Maker will be the first third-party project to use Loom’s cross-chain gateways. He explained that the implementation of a gateway will allow DAI to exist in other first layer blockchains such as Tron and Binance Chain, which will significantly increase its user base.

DAI is a decentralized stablecoin (pegged currency), based on Ethereum, a part of the assets of the MakerDAO project. This decentralized finance (DeFi) product has been gaining popularity and its use has had a significant growth so far in 2019.

According to Zhang, Marker has almost USD 350 million in assets to generate DAI. However, because it is an ERC20 token, it is currently only available to Ethereum users, which would change with the implementation of the Loom gateway.

From Ethereum to Tron

The release states that the first DAI link to another blockchain will be made with Tron. At the moment, the largest stablecoin in Tron is Tether’s token USDT. Zhang considers that a collateralized and decentralized currency would be very useful for users of that chain.

Some Doubts about Security

Regarding security, Zhang said that they use a multisig system that requires three quarters of the validators on Loom Basechain. It should be noted that the consensus of this project is based on the Delegated Proof of Stake (DPoS) protocol.

Some doubts arose among the members of the cryptocurrency ecosystem. Eric Corner, developer of Ethereum, expressed to the Loom team his concern about the collusion risks that the system could present.

Loom explained that it would be necessary to control 3/4 plus 1 of all blocked tokens to attack the network. This could be more expensive than most attacks on a network governed by the Proof of Work (PoW) protocol.

He supports the claim that more than 16 million DAIs are currently blocked for participation in the Loom Basechain consensus. Someone could buy Basechain’s native token LOOM to try to steal it, but the price of LOOM would increase if it occurs. Therefore, it would be increasingly expensive to make a 3/4 attack.

Likewise, Loom recognizes that the system is not perfect, but it says that it is a good start while its market capitalization increases. Right now, they enabled transfers in the test network preliminarily to detect any problems before activating them in the Mainnet. The release does not indicate a date for transfers to be available on the Mainnet. 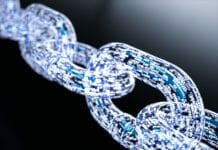