The number of ETH addresses with balance has grown by more than 35% since July 2018. The anchored cryptocurrency DAI has the highest transfer value adjusted per day.

A report by Coin Metrics presents a series of new data on the platform and some of the main ERC-20 tokens. The figures are based on a new way of calculating the capitalization of the network.

Analysts indicate in the weekly publication of August 6th that Ethereum’s effective capitalization during the last year went from more than US $42,000 million in August 2018 to US $28,500 million as of July 30th, 2019.

This predisposition is shared by eight of the ten largest ERC-20 tokens, namely the basic attention token (BAT), funfair (FUN), gnosis (GNO), golem (GNT), decentraland (MANA), omiseGO (OMG ), augur (REP) and 0x (ZRX). The two other tokens are the maker (MKR) and the anchored cryptocurrency DAI, which have shown a growth in their effective capitalization during the last year.

Similar to ETH, effective capitalization has fallen for most of these ERC-20 tokens in the last year; however, MKR and DAI rose. The effective amount of MKR increased to more than US $608 million on July 30th, 2019, compared to US $479 million twelve months earlier.

Growth of Addresses with Balance

In contrast to the fall in effective capitalization, data on the number of addresses with a balance greater than zero recorded significant growth over the course of a year. Thus, as of July 30th, 2019, ETH had more than 28.8 million addresses with balance, indicating a growth of more than 35%.

The report also notes that Ethereum’s adjusted transfer value has fluctuated with the price during the year, mainly remaining between US $250 million and US $750 million per day. It is highlighted that DAI has become the dominant ERC-20 for transfers, as it has experienced a constant increase in its adjusted daily transfer value since April 2018.

The only anchored cryptocurrency (stablecoin) of the analyzed group has an average of more than US $25 million in adjusted transfer value per day. Its transaction count is also higher in relation to the other tokens, which indicates that users rely more on DAI than on other tokens for transfers.

This series of data on Ethereum was obtained from the application of a new methodology, devised by the Coin Metrics team at the end of 2018. It is a method called effective or adjusted capitalization. This new methodology emerged as part of the effort to make more accurate and adapted calculations for the cryptocurrency sector, differentiating it from the actions.

Its quid is to value different parts of the supplies at different prices, instead of using the daily closing as market capitalization does.

This is how effective capitalization uses the prices at which each cryptocurrency changed and multiplies them by the amount of tokens involved in each transaction, to arrive at a more accurate metric. Instead of counting all currencies issued at the same current price, UTXOs (unspent transaction outputs) are added and assigned a price based on the market price at the time when they were last moved. 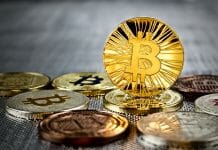