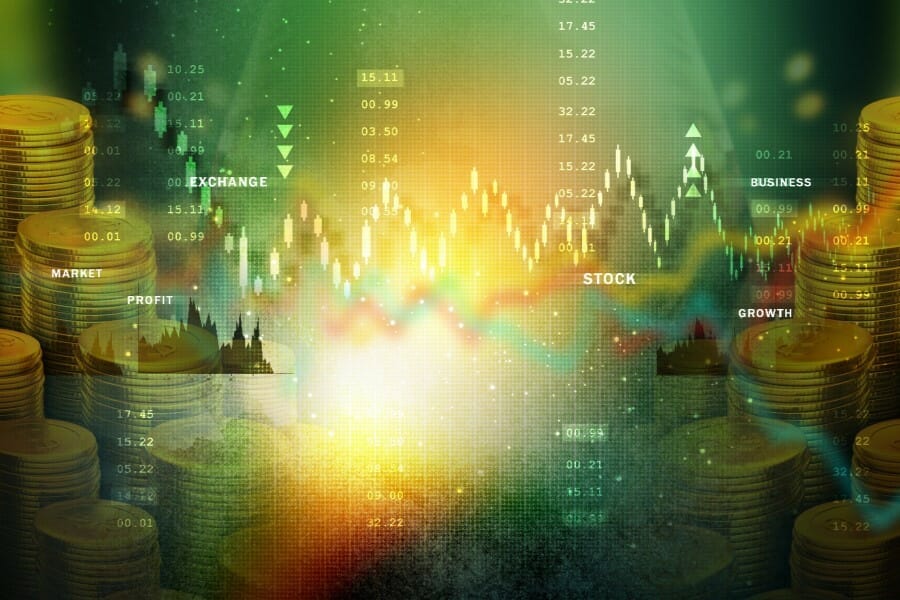 According to analysts at CoinMetrics, there will be a rapid recovery in BTC and ETH prices. In the Bitcoin ecosystem, on-chain data shows higher institutional adoption.

There was a recent price drop that impacted the cryptocurrency market. According to analysts at CoinMetrics, Bitcoin (BTC), Ethereum (ETH) and other crypto assets will maintain a good growth rate in 2021.

In their most recent report, the analysts point to the high volatility that the market for Bitcoin, and other cryptocurrencies has faced in the last week. During that time, prices decreased dramatically but then rose to even reach new all-time highs.

The study indicates that Bitcoin is increasingly sensitive to external events. The pioneering cryptocurrency reacted negatively to the events of January 6th, when there was civil unrest in the United States.

The price of Bitcoin fell shortly after news about tear gas to contain the demonstrators at the US Capitol. In about 45 minutes, the cryptocurrency reached the bottom but then began its recovery, according to the analysts.

“Bitcoin did not necessarily have a quick reaction to world events in its early days. However, that situation has changed over the last twelve months. Bitcoin has increasingly shown more immediate reactions to external events. Wednesday, January 6th, was no different,” the report adds.

The analysts show that the price of Bitcoin rose to new all-time highs as it exceeded USD 36,000. That occurred when Washington DC’s curfew took effect, and most of the rioters dispersed. On January 7th, the price of the main cryptocurrency on the market rose again, above USD 40,000. The price of BTC and ETH at new all-time highs triggered another event: the massive sale of assets. For example, CoinMetrics shows that there was a liquidation of Ethereum futures contracts between January 9th and 11th. It reflects that there were liquidations of long and short positions due to large losses.

Bitcoin and Ethereum Show their Strengths

The cryptocurrency market recorded price variations in recent days. In addition to that, the analysts find solid fundamentals that can sustain the recovery and growth of the ecosystem throughout the year. Those bases include the hash rates of Bitcoin and Ethereum, which have all-time highs. This indicates that miners’ activity on both networks is increasing, according to the report.

The active addresses metrics of BTC and ETH are another solid support since they are also close to all-time highs. A higher average number of active addresses does not necessarily equate to a growth in user volume. However, the study interprets the index as a sign of increased activity in the chain, which is positive for both networks.

There has also been a significant increase in addresses that have at least 1,000 BTC. The analysts consider this to indicate a growth in adoption by institutions in the Bitcoin ecosystem.

Ethereum transaction fees have reached all-time highs. Even the total rates increased by more than 88% in the last days, recording a daily average of USD 12.7 million. Bitcoin in particular has averaged around USD 4 million, according to data from blockchain.com. In its recent report, CoinMetrics found that ETH can benefit from the growing institutional interest that cryptocurrencies are arousing. The data provider believes that the Chicago Mercantile Exchange (CME) plans to introduce ETH futures for next February is positive.