The plan seeks to use DMI for the payment of government services in the city, as well as to implement an exchange system between fiat currencies and DMI coins

The Chinese Government supports the construction of a “blockchain city” in the Malaysian Strait of Malacca, according to an announcement released on April.

The construction and engineering company China Wuyi and the investment network SWT International Sdn Bhd jointly launched a project whose objective is to turn the city of Malacca into a blockchain city that could be called “City of The Strait of Melaka”.

According to the statement, the Chinese Government supports the project in order to make the initiative a reality. The information adds that the founders of the project plan to raise 500 Malaysian Ringgits (USD 120 million) during the initial stage.

The objective of this company is to ensure that the entire infrastructure of the city is based on blockchain technology, with a DMI platform that offers its native DMI currency.

The plan contemplates that DMI could be used to pay for government services in the city. In addition, the development will have an exchange system that will allow tourists in the city of Melaka Straits City to exchange their fiduciary currencies for DMI currencies. This is to guarantee different payment options and the acquisition of the asset.

“Our company is using the most recent blockchain technologies and integrating them into the traditional industry to make Malaysia a world-class tourist destination. We have Government approval to remedy this land and we came up with great plans for the area”, said the Director Project Executive, Lim Keng Kai.

During the past few months, China has been expanding its presence in the Pacific region through investments in infrastructure and other projects. According to local media, in the last seven years, China has injected USD 6 billion in loans and other types of aid in the port of Papua New Guinea of Moresby, with the objective of exploiting its resources of natural gas, minerals, and timber.

In June of the current year, South Korea announced that it planned to launch a blockchain center in the city of Busan based on the Crypto Valley of Zug, an independent association for the development of cryptocurrencies and blockchain technology. For this, it would have the support of the Government of Switzerland. Oh Jung-Geun, President of Korea’s ICT Financial Convergence Association, said they need a place to “focus on crypto-industry in Korea, like the Crypto Valley in Switzerland”.

In February, the Norwegian autonomous city Liberstad adopted a native cryptocurrency to its smart city platform, supported by a chain of blocks, as its official means of exchange. The private city was founded in 2015 as part of the Libertania project, which avoids taxes and government regulations and looks for self-management.

Blockchain technology also begins to be applied as a system to pay taxes and even in other areas of public administration. A recent report from the International Data Corporation (IDC) indicates that investment in the so-called smart city technology is expected to grow to USD 135,000 million by 2021. 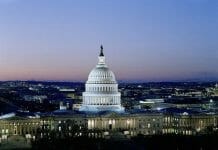 Snowden and Ross Ulbricht Will Not Receive a Presidential Pardon