Although China maintains dominance in Bitcoin mining, other countries are growing in this industry. Government pressure on Chinese miners is one of the factors discouraging the activity.

While the concentration of Bitcoin mining has been gradually and steadily decreasing in China, this industry has been growing in countries with better conditions. Those other territories include the Nordic countries and the United States, where there are advances that could boost the development of the activity.

The main determining factors for the location of Bitcoin mining farms have been stated regulations and the cost of electrical power.

There are stricter government regulations, more inspections by authorities, and lower production capacity by equipment manufacturers. All this, in addition to the institutionalization of the industry, would be putting pressure on the miners based in China, a country that dominates this market.

Bitcoin Miners Put Their Eyes on the Nordic Countries

Locations with an influx of new miners include the Nordic countries. In 2020, wet weather favored hydroelectric plants in Denmark, Finland, Iceland, Norway, and Sweden. That brought the price of electricity to its lowest levels since 2000.

Philip Salter recently said that “there were times when mining brought us no benefit, but our profitability has more than tripled over the last year.” Salter is Chief Operating Officer of Genesis Mining Ltd., a Hong Kong company that owns mining farms in Sweden.

There could still be a favorable situation in the medium term. Electric power distribution company Svenska Kraftnat predicts that prices will decline in Sweden and Norway, at least for the next five years.

Salter considers that political issues and regulatory transparency are not minor details to explain the reason why the concentration of Bitcoin miners in the Asian giant is decreasing. He assures that “there is a very important strategic shift from mining in China to mining in western countries like Sweden. The reason for this is that Bitcoin investors are becoming increasingly public and want more stability and security.”

The creation of new local mining pools, which aim to comply with all regulations, shows that the United States does not want to remain behind. As a result, new farms could emerge on US soil.

Ethan Vera, CFO of Luxor, the first pool in that country believes that there are advantages for miners using these pools. He explains that they can “sign a contract with a company that operates in the same legal jurisdiction, with a legal recourse in case of a problem.”

The future of the activity looks promising due to the massive purchase of mining equipment by existing US mining farms. For example, Core Scientific recently signed an agreement with manufacturer Bitmain to acquire more than 58,000 Antminer S19 ASIC miners.

This purchase, which will take place in September 2021, will allow Core Scientific to bring its fleet of equipment to a total of 77,000. Only this company could generate 5% of the total power of the Bitcoin network.

The Marathon Patent Group, which operates mining farms in the United States, also agreed to purchase 70,000 of these miners with Bitmain. They would have 100,000 active miners by the end of 2012; thus, making it one of the largest farms in that country (with more than 7% of the current Bitcoin hash rate).

Smaller mining farms in the United States, including Riot Blockchain, are investing to grow their performance. They recently announced that they will buy around 15,000 ASICs, which they will install in mid-2021.

China’s Dominance Is Greater Than 65%

Despite the aforementioned changes, it will be necessary to wait and invest a lot of money for the scenario to be favorable. China’s dominance in Bitcoin mining still exceeds 65%, according to the Center for Alternative Finance at the University of Cambridge.

The United States is in second place, with 7.24% of the market. During the second quarter of 2020, the North American country managed to take the place from Russia, which came to third place with 6.92% of computing power. 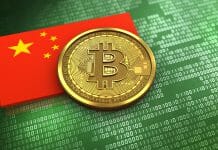