Russia is open to adopting Bitcoin mining. The Russian government could decide where mining farms carry out their activities.

Bitcoin mining in a country like Russia is not currently under a legal framework. According to a government official, in the context of the armed conflict that Russia is facing, it is necessary to set up the legal field for this activity to get carried out in the nation.

Evgeny Grabchak, Minister of Energy of Russia, stated that the legal uncertainty regarding Bitcoin mining must get solved soon.

According to the statements, the minister saw that the legal framework should get adjusted to the regional development strategies so that the energy sources of each locality could get determined to set up Bitcoin miners. This procedure may show that the Russian administration would have the power to determine which sectors can build mining farms and which places cannot operate with bitcoin mining.

Some entities linked to the Russian administration recently revealed their supporting stance on Bitcoin mining. However, they still cannot approach a consensus among the authorities regarding whether to coincide with legalizing the digital asset or not.

This proposal arrived weeks after the Central Bank of Russia intended to ban activities linked to digital assets and mining, considering them a financial pyramid scheme and unproductive electrical energy consumption.

On the other hand, the Energy Minister, the Ministry of Finance, and the Russian leader Vladimir Putin gave a favorable sight to mining Bitcoin in Russia with surplus energy. However, they also clarified the requirements of a robust regulation over the activity.

Bitcoin mining and its transition to become a legal payment method on some exchanges may be urgent for Russia due to international punishments and the armed conflict going on with Ukraine, which damaged this nation and departed it from its trading partners globally.

This month, a committee of specialists held a meeting in Russia to lead a debate on the subject, and they discussed that the nation could receive bitcoin as a legal method of payment for oil and gas. This week, the Russian Prime Minister expressed that bitcoin and digital assets would get integrated into the national economy archetype.

The statement highlights that the legislator played an active role in legalizing crypto assets in the Russian Federation despite the global situation.

Earlier this year, the issuing entity revealed a report highlighting a series of considerations to reinforce that digital currencies represent crucial threats to the well-being of Russian citizens and the stability of their financial balance. 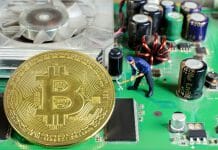