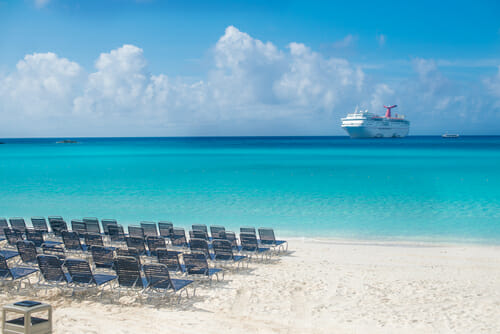 To become a citizen of Antigua and Barbuda requires an investment of USD $100,000, and today you can pay that fee with approximately 12 Bitcoins. The Antigua and Barbuda Investment Citizenship Program Law was amended by the country’s parliament allowing payments to be made using Bitcoin and other cryptocurrencies. The resolution was announced by the country’s Prime Minister, Gaston Browne, and the Minister of Finance and Corporate Governance and Public-Private Partnerships, according to the Antigua News Room.

According to Browne, the decision was made with the goal of making it more convenient for citizenship applicants who own cryptocurrencies. By adding this payment method, the program should attract a new domographic from the world of cryptocurrency.

“It also expands its market because we have a number of cryptocurrency investors who may be willing to assume our citizenship, but who would only pay in cryptocurrencies,”

said the Prime Minister to the country’s parliament.

“If you do not accept the cryptocurrency, then you will be literally excluded from that market.”

According to the Prime Minister, payments made in cryptocurrencies will be converted daily to US dollars in order to avoid losses from volatility. To be eligible for citizenship through the Investment Citizenship Program Law of Antigua and Barbuda, individuals may choose to invest in the country amounts ranging between USD $400,000 and USD $ 1.5 million or make a contribution of USD $ 100,000 to the National Development Fund of the country. It is also required that additional amounts be paid depending on the number of dependents.

The country has initiated several efforts to enable a friendly environment for
cryptocurrency. Last April, for example, the cabinet instructed the country’s attorney general to draft a law that would allow government services to be paid for using Bitcoin. At the time, the country’s Minister of Foreign Affairs, Trade and Immigration, Everly Paul Chet Greene, argued that the immutable nature of blockchain enabled the ability to trace transactions and, therefore, served to soften the state’s reputation as a tax haven.
Due to its thriving financial sector, as well as a large online gaming industry, the country has been seen as particularly susceptible to money laundering and other financial crimes. Greene also argued that allowing government services to be paid for with Bitcoin would solidify Antigua and Barbuda’s reputation as a pioneer in the region.